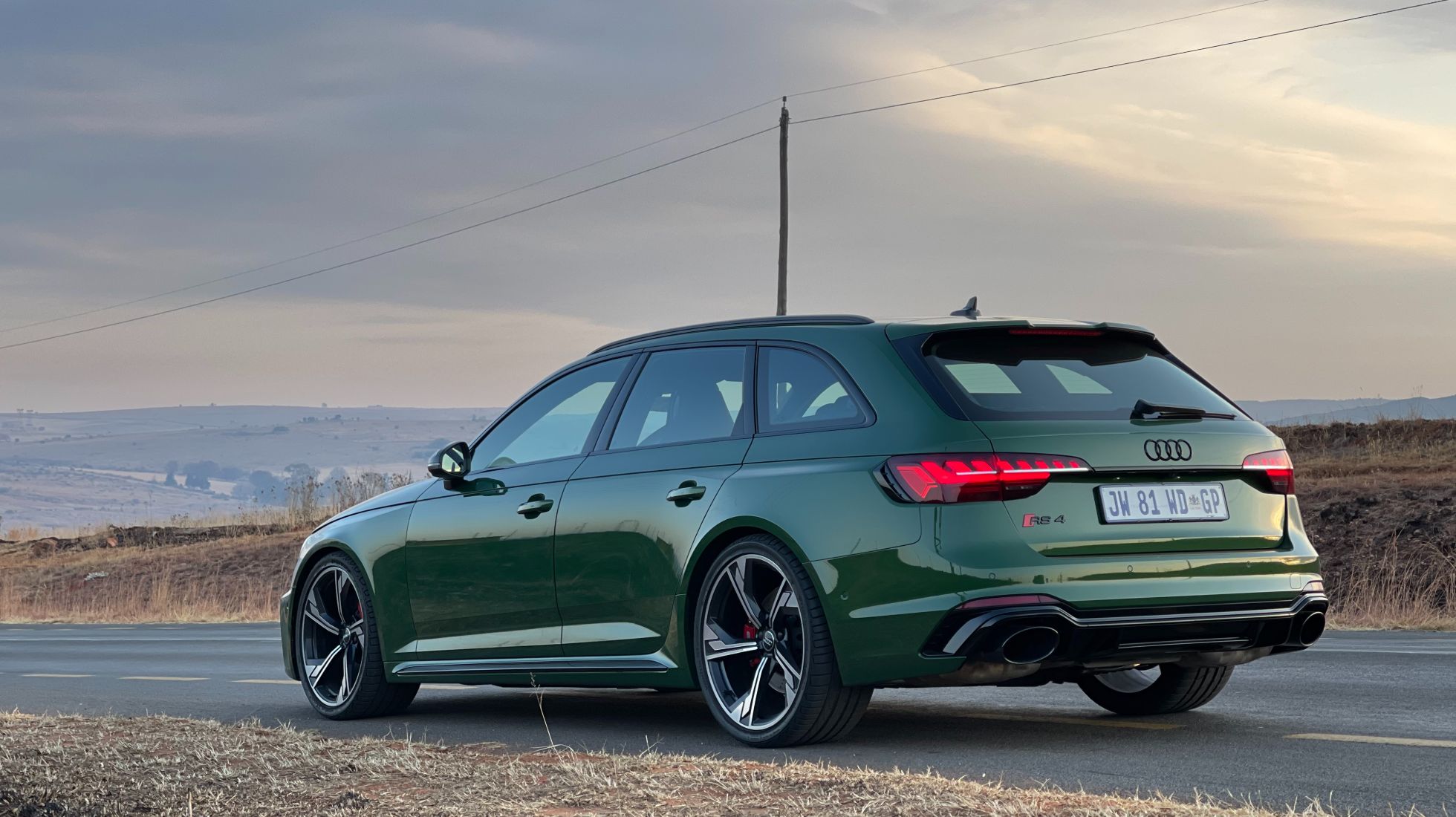 ‍I’m guessing my love affair with station wagons really started with the first car I remember my late grandfather owning. It was a Kermit green VW Variant type 412 LE, with a tan interior. Not leather, but rather the vinyl that used to upholster cars of old.

The three-door configuration, odd for the time, meant that rear access was dependent on the generosity of front occupants folding the seatbacks to allow you access to the rear. It would probably, by today’s standards, be regarded as a Shooting brake. Anyway, the engine was a horizontally-opposed 1,795 cc air-cooled four-cylinder motor, driving the rear wheels through a 3-speed auto box.

It is in our Variant that I spent many happy memories, listening to old-school classic R&B hits on the erstwhile Radio Bop, from the likes of The Commodores, The Manhattan’s, Kool & the Gang, Stevie Wonder, Luther Vandross, Anita Baker among others, on what felt at the time like long journeys on Sunday afternoons. I sometimes wonder whether that subconsciously influenced a future station wagon in our family.

The wagon was incidentally also green, but this time from French carmaker Peugeot, the 307 SW. Despite its compact exterior dimensions, the SW featured a very well-specced interior, plus a seven-seat configuration that could accommodate medium-sized children in the third row (my kids loved what they called the back backseat). The two rear individual seats could be removed, resulting in a cavernous loading area. Standard roof rails meant that a roof box could be added and long journeys with family undertaken at the drop of a hat. Airline-style foldable tables behind the front seats allowed kids to snack along the way, or fill in colouring-in books (pre-iPad days).

It was with this in mind that I reflected on the current South African wagon landscape through the eyes of two new facsimiles. Neither of these represents what could be regarded as the average station wagon, and they instead take rather differing and somewhat extreme approaches.

Given my family history of green station wagons, I’m sure you would appreciate the affinity I would have towards this green mamba, the Audi RS4. It is a descendent of a great lineage of wagons that began with an illicit affair between Audi and Porsche that spawned a love child that is arguably the most desirable station wagon of a generation. The humble Audi 80, had been transformed into the iconic RS2 Avant.

Looking at the vehicle performance specs, you will find it unsurprising that the RS4 has brutal performance, with eye-watering acceleration off the line. In fact, wherever the speedometer finds itself, stomping on the loud pedal, literally takes your breath away as you remain pinned to your seatback for as long as your foot is on the accelerator. Yes, it’s not the sonorous normally aspirated V8 of old, and the twin-turbo V6 does have some artificial soundtrack to it, but its ability to leave a lingering smile on your face, nevertheless remains.

Dynamically, the quattro all-wheel-drive model that features luscious curves, reminiscent of the Lancia HF Integrale, is extremely capable. It will initially understeer when pushed heavily into tight corners, a temptation that regrettably happens too often. You become aware of the rear quickly getting the torque required to bring the front back in line. This happens at a sportscar pace that just shouldn’t be possible in a family station wagon.

But what happens when you place the performance elements aside? Thankfully this Avant is no one-trick pony and makes a great case for a wagon as a daily drive. The tailgate, the primary distinction between this and its vanilla sedan sibling, opens quite high, allowing you great access into a very generous load bay, without knocking your head. The loading area can be extended by folding down the seatbacks. The practicality includes being able to move the cargo net to the top of the seatbacks while they are flat, ensuring that your cargo never intrudes into the cabin while driving. The necessary power points and shopping bag hooks are in place.

The cabin space is decent too. With my five-foot-eight frame, comfortably in the driver’s seat, I’m able to sit behind myself with a fair amount of knee and headroom. I believe even six-footers, will be well accommodated. Whilst most modern cars are marketed as five seaters, the reality is two adults will comfortably sit in the back or three medium-sized children.

I’m not going to go through the long list of creature comforts, safe to say that everything that you would expect for R1.5m is in place, including an RS-specific virtual cockpit instrument panel behind the sporty flat-bottomed steering wheel, electrically-operated everything, a large centre screen on the dash with Apple Car Play et al. A favourite of mine is the awesome Harman Kardon sound providing the entertainment – should you decide to dial down the exhaust sound.

On to the Subaru Outback and admittedly I’d say it’s a bit of an oddball as it tries to combine the station wagon styling with SUV capabilities. Let me say at the outset that it provides one of the best value for money propositions of any car in the R700,000 price range, irrespective of body style.

As a wagon, it has great advantages, and two small irritations in the model that we tested. Let’s start with the odd. The cargo area has not been kitted out symmetrically and features a huge Harman Kardon speaker on the left, but on the right-hand side, it has power points and bag hooks. You will therefore not be limited by a lack of space in the generous load compartment, but rather the speaker that looms large on the left just waiting to be damaged as you load your next bag of firewood to keep the winter chills away. I was also surprised that this model did not have a cargo net to separate the load from the cabin.

Power is derived from a dependable normally aspirated 2.5-litre flat four-cylinder with a continuously variable transmission (not my favourite) and the Japanese carmaker’s renowned asymmetrical all-wheel-drive system. The straight-laced motor however fails to stir the soul, barely challenging what appears to be a great chassis. Overhangs at the front and rear may ultimately limit any potential sojourns into really rough terrain, but with the average families’ regular travels, even to rural or holiday homes, you will be more than catered for in great comfort, with the ability to go where most compact SUVs will travel.

The chunky, rugged-looking exterior, which will make you feel quite comfortable to work it hard as a mule, is strongly contrasted with a luxurious interior that features just about every creature comfort known to man, including an iPad sized centre-mounted screen, controlling everything from audio to climate control and Apple Car Play, plus really soft plush leather seats.

The upholstery is one of only two question marks I had about real practicality. For what will be, or rather should be used as a workhorse, I wonder about the durability in the long term of this kind of vehicle. I incidentally had similar concerns around the Land Rover Defender I sampled, which combined durable cream leather, mixed with a light cloth material that was already scuffed and evidently difficult to keep clean on a new vehicle. The Subaru’s cabin room is extremely generous, with rear legroom clearly created with tall occupants in mind.

Now both vehicles may not be a stereotypical station wagon. You don’t necessarily need high-performance or off-road capabilities in this class. Yes, they are nice to have but do not define the real value and purpose of estates. Bizarrely, the same cohort of customers that find hatchbacks quite practical – loading camp chairs and cooler boxes as part of their regular entertainment activities support, bizarrely do not migrate to similar practicality in the station wagon.

The two wagons here, however, do enough to demonstrate the great possibilities and capabilities of a docile family estate as an alternative to bulky SUVs and mundane sedans. Whether you need to ferry kids to school, with the family Labrador dosing off in the rear, helping a mate with his new work-from-home desk, family trips or enjoying a weekend adventure as a lover of great outdoor activities, a station wagon offers a serious proposition. In some international markets, there are estate models that outsell their saloon counterparts by up to 2 to 1. Not only do they make great family cars, but some are even run in company fleets.

An estate will let you enjoy similar dynamics as a saloon with significantly more practicality and loading room.  Simple practicalities include not having to balance your frame on the door sill or stand on a wheel in order to reach and load the roof box. And, unless you have run-flats, you’re at some point going to have to change a tyre. With wheel sizes now commonly in the region of 18 to 20”, I know which I’d rather opt for.

There have been many Great wagons in our time. Who can forget the S124 Mercedes Benz 300 TE estate with a pair of rear-facing seats making it a seven-seater? One of my other favourites was the Volvo 850, possibly in part as a result of its successful campaign in the BTCC, which at the time produced some of the best track racing in the world. It then morphed into the V70.  Yes, the design was quite boxy, but the practicality was just about immeasurable. If you ever spend any time on the German autobahn, you’d be wary of some wagon Q-cars, also known as sleeper cars. Their standard unassuming looks attract performance tuners who modify them to deliver sportscar-killing performance.

It would be safe to say I have a soft spot for station wagons and struggle to understand why in our country they have simply not taken off in a manner that I believe they should have. I think local manufacturers and their marketers have done a hash-job at giving this class of car a real shot and we are poorer for it. It’s one thing to suggest customers don’t want them, but a completely different thing for marketers not having attempted to create the desire that lures customers. For ordinary folks, very little allows you to make a considered choice in this segment, even if you would like to. And that, I think is a pity. 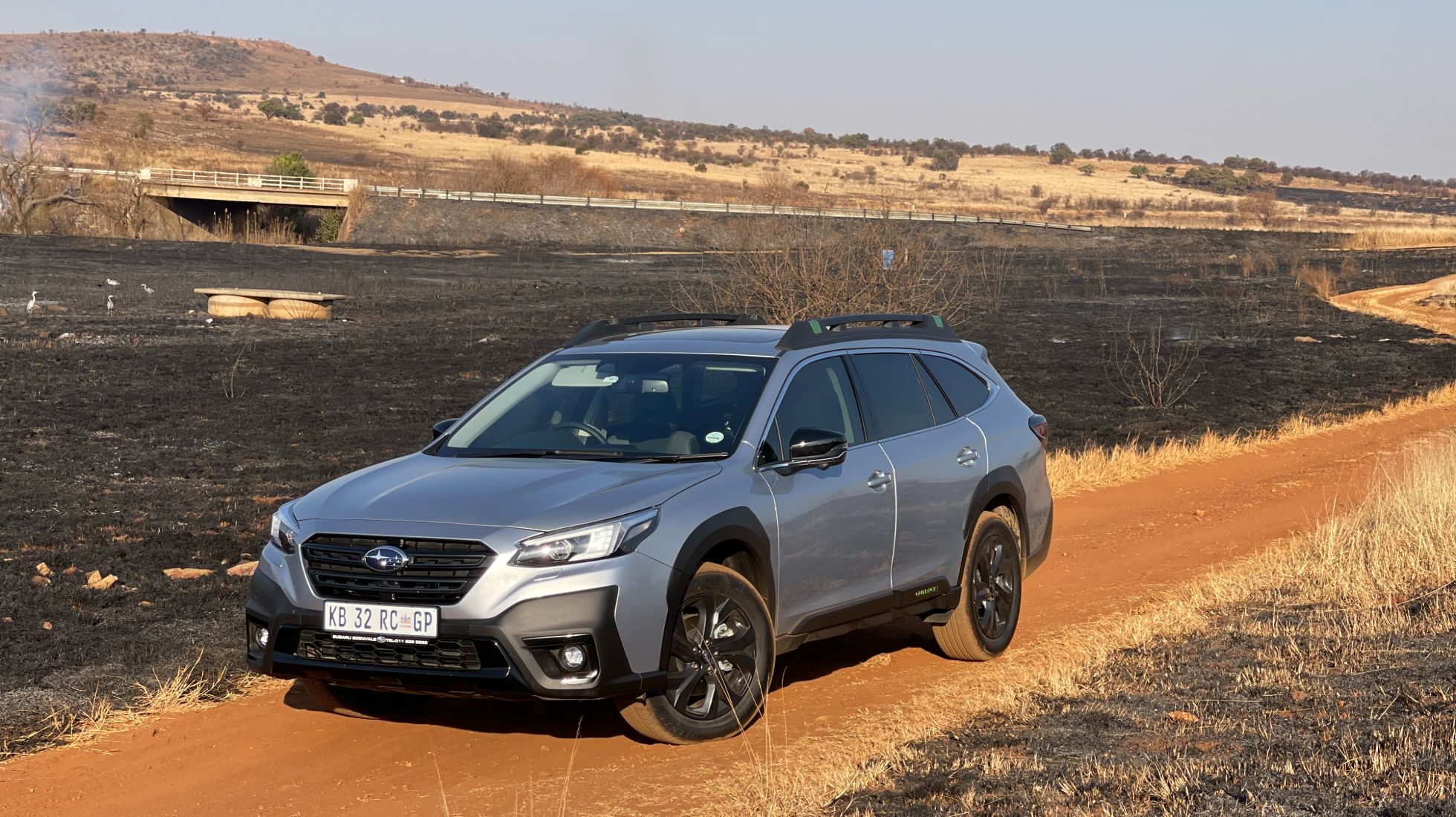