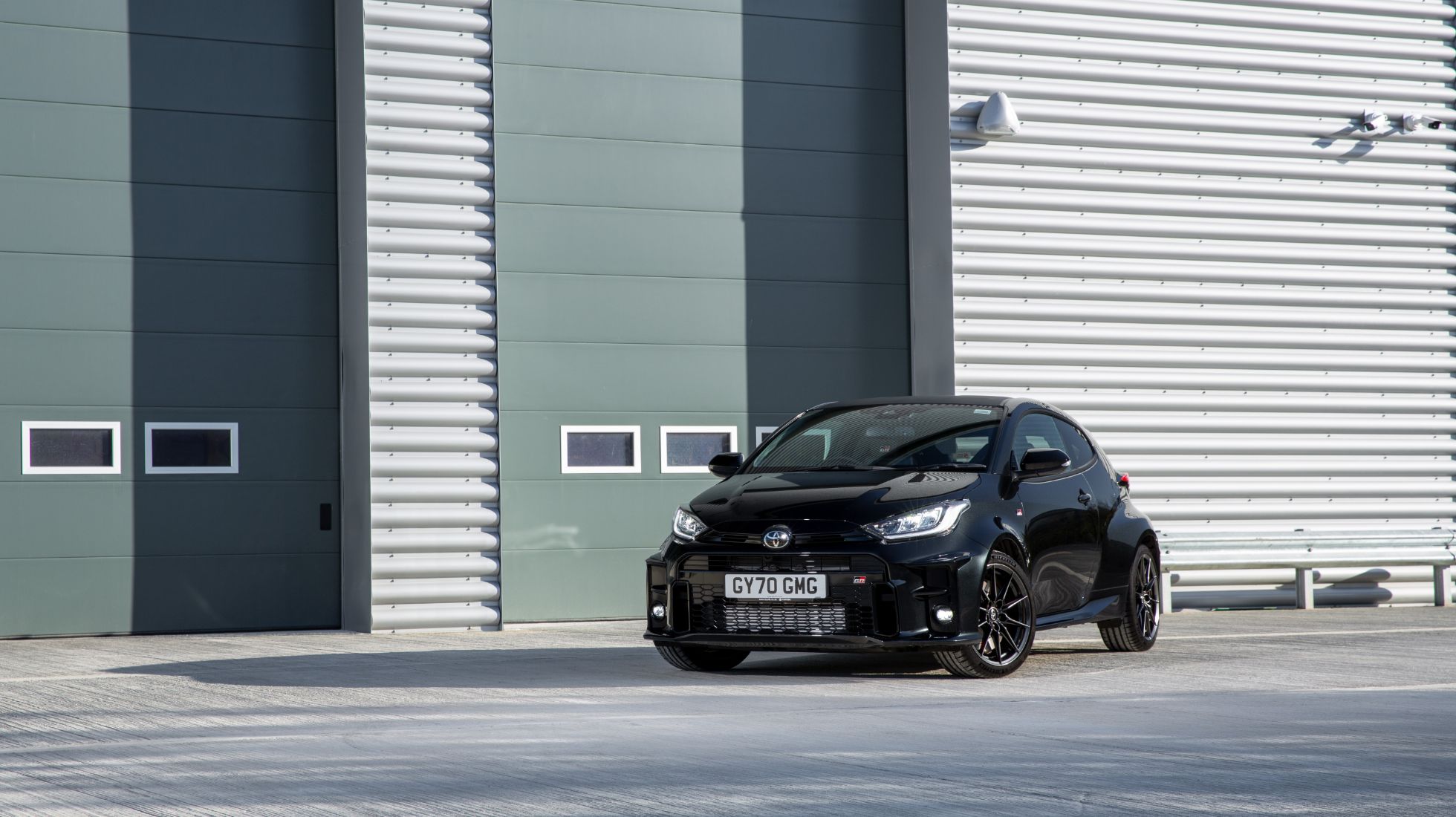 Toyota Yaris. Two words that conjure up images of cutesy practicality – for me at least… No childhood flashbacks of racing glory and no, the guy ‘round the corner with wheels bigger than his ambition and dropped suspension, complemented by go-faster striping don’t count. Well, not really.

In fact, when the original Yaris, or Vitz as it’s also known, was launched into the global market in 1999 I don’t suppose there were any desires from Toyota HQ to make it go fast in any way, shape or form. It was, and forgive me for saying this, just a car. It served the singular A to B purpose.

Those of the eagle-eyed disposition might be clenching fists in a semi-rage now violently pointing at the 1999 and demanding a fact-check since ‘the Yaris has only been around since 2005!’. Well, yes, but no. It’s only been around in SA since the mid-2000s in its second generation since Toyota SA probably figured that’s what the market demanded if we were to simply navigate around the layered marketing-speak.

And people bought the little city car, in its thousands, but except for the trendy-at-the-time centrally-located instrument binnacle, there wasn’t much else that was particularly interesting about the Yaris. Perhaps fuel economy? That seems to always be a winning conversation piece if you prefer your own company.

Even on the racing front in and around the 2000s, it wasn’t all that interesting for Toyota. Sure, it won some WRC races in the Corolla WRC in the late 90s, but that was about it. It never won the 24h of Le Mans, it pinched some podium places in F1, but never won, and even the Dakar title seemed to escape the marque.

Then, in 2007, Toyota Gazoo Racing was launched and this seemed to set the deck of spades for Toyota’s motorsport division. Fast forward about a decade or so, united under this banner, and Toyota won the Le Mans for the first time, it won the last Dakar to be hosted in South America. It’s also the car that won two different drivers a WRC Driver’s Championship in 2019 and then again in ’20 using a Gazoo Racing Yaris.

So, the Toyota GR Yaris? When it launched, it also happened that VW just launched its newest GTI – a hatch that also happens to be a bit of a crowd-pleaser in a local context. Its knack for combining hot-hatch-like handling with everyday ease-of-use is well documented, and respected and the sales pitch you use to convince the missus that it’s the perfect family car: “the kids won’t be late for school, I promise”. Naturally, the timing was curious, but more so the fact that Toyota made a heck of a hullabaloo that the sporty Yaris was a ‘rally car for the road’.

We’ve seen these clever marketing slogans that ring of promises like “Racing DNA for the road” before from several manufacturers. Some were marginally faster samples of their garden-variety siblings, while others’ torque curve would slap your face like a brick wall when you dared surpass 5,000 r/min. Not this Yaris-on-steroids, though, there’s something different here…

Considering the GTI, or the hot-hatch benchmark, also just launched before the GR Yaris, it was only natural that the GR received the critical yard-stick once-over. It’s not so much that anyone doubts Toyota’s know-how but, and this is a big but, the Japanese marque is not really known for its pedigree in all things hot hatchery. Yes, there have been some RSi models doing the rounds, but it has never really defined Toyota as a performance architect; not in the same way as GTI, RS or even Type R has done for their respective nameplates. Toyota has, for the most part, always pursued ideals of value, fuel economy, approachability and quality.

Then, in 2018, Toyota brought three Yaris GRMNs into SA and we got to drive it around some streets and racetracks. It was impressive. Correction: for months I raged on and on about what Toyota managed to achieve given an inherently conservative package. In the back of my mind, though, I consigned it to an extensive marketing experiment the likes of which we probably won’t see again, despite Toyota’s hints that there are some GRs in the pipeline. See, it wasn’t exactly like Toyota had eight generations of hot-hatch pedigree to draw its expertise from.

It did, however, have Gazoo Racing and its Yaris WRC contender that serves as a proving ground of sorts for the GR Yaris. Since the tight twisties and unforgiving gravel is where this hot-hatch was conceived, the cabin might be the first place to look to find any evidence to support this.

No sequential cog shifters, as you'd find on a rally car, unfortunately. Also, no roll cage. Instead, Toyota delivered a cabin that’s pretty much aligned with its values of quality and approachability. The overall interior finish leans on hard-wearing with perhaps the only luxury-adjacent component in the standard non-Rally variant being a dual-zone air-con. I’m not sure if they have air-conditioning in rally cars, though? There’s also no cruise control on the standard variant – the Rally-spec has active cruise control – no reverse camera, no park-distance control. In a nutshell, there’s no extra ballast since that is the number one cause of mediocre performance.

What you do get is a tastefully executed cabin, as far as hot-hatchbacks go, without any unnecessary performance-promising addenda on every conceivable surface. Less is more. Bar the GR reminders on the steering wheel, the comfortable racing seats and the start-stop button, you’d never know what this Yaris is capable of – except perhaps for the understated 4WD mode dial with its Normal, Sport and Track settings.

There’s not even an abundance of rear legroom – in fact, it’s barely usable. This has also been a drool-point for critics who just can’t wait to get the metaphorical measuring tape, and compare how the GR Yaris stacks up against the more mainstream hot-hatches on the practicality front. I say, more passengers equals more weight. I’m sure Colin Chapman would’ve agreed with me.

And speaking of weight, thanks to its rally car for the road diet with attention to detail, lightweight components such as a carbon fibre roof, to name but one, it weighs just 1,280 kg. Add to that 198 kW and 360 Nm of torque that materialises from the GR’s 1.6-litre three-cylinder turbocharged engine and the result is a white-knuckle wide-eyed acceleration to 100 km/h in just 5.5 seconds. If you’re not a numbers person, let me simplify: from an engine that has less displacement than a 2-litre Coca-Cola bottle comes such concentrated performance that it will leave even the Honda Civic Type R in its wake, in theory.

This is certainly helped by the GR’s 4WD system that can split torque evenly between the front and rear wheels in its track setting, while normal mode splits drive 60% front and 40% at the rear. Sport, however, takes care of a 30:70 rear-biased split. But, it’s not just acceleration that makes for a competent rally car, it’s also about cornering prowess which is where the true capability of this car shines through.

Sadly, I can’t attest to its ability on the gravel bits, nor can I afford new rims for this car should I run out of talent, but what I can speak for is its ability to set blisteringly quick laps around a circuit – especially in the hands of Dakar legend Giniel de Villiers who made me feel wildly unexceptional behind the wheel. Thanks, Giniel, but I blame a long absence from the track on lockdown.

Then there’s the small matter of how much one such rally car for the road will set you back. The Toyota GR Yaris 1.6T GR-Four costs a reasonable R615,700 while the Rally derivative will set you back R726,300 with the latter boasting even more go-fast gadgetry like a Torsen limited-slip differential. With it, also comes the question of which to choose? If you fancy that driving is your superpower and you plan on spending your free time chasing telemetric data around the track, the Rally might be the way to go but the standard spec is still more than up to the task of doing rapid laps around any track.

Considering that Toyota hasn’t had generation upon generation to adapt its hot-hatchback to every whim of every customer, it is mighty impressive what it managed to achieve given the brand’s limited hot-hatch pedigree. But then again, I’m pretty sure that conforming to the market wasn’t all that high up on the to-do list. The best part about the GR Yaris is that it’s not looking to compete with the mighty Golf in the traditional trump-card, like-for-like setting.

It never set out to be the practical one-size-fits-all contender. What Toyota did here took a radical 'what if we actually walk the walk’ idea and, in the process, made a racing car for the road, complete with indicators. But even with Toyota walking the walk, I couldn’t shake the feeling that it was still playing its cards close to its chest, as I have a distinct feeling that there’s still more in the pipeline from the GR brigade. 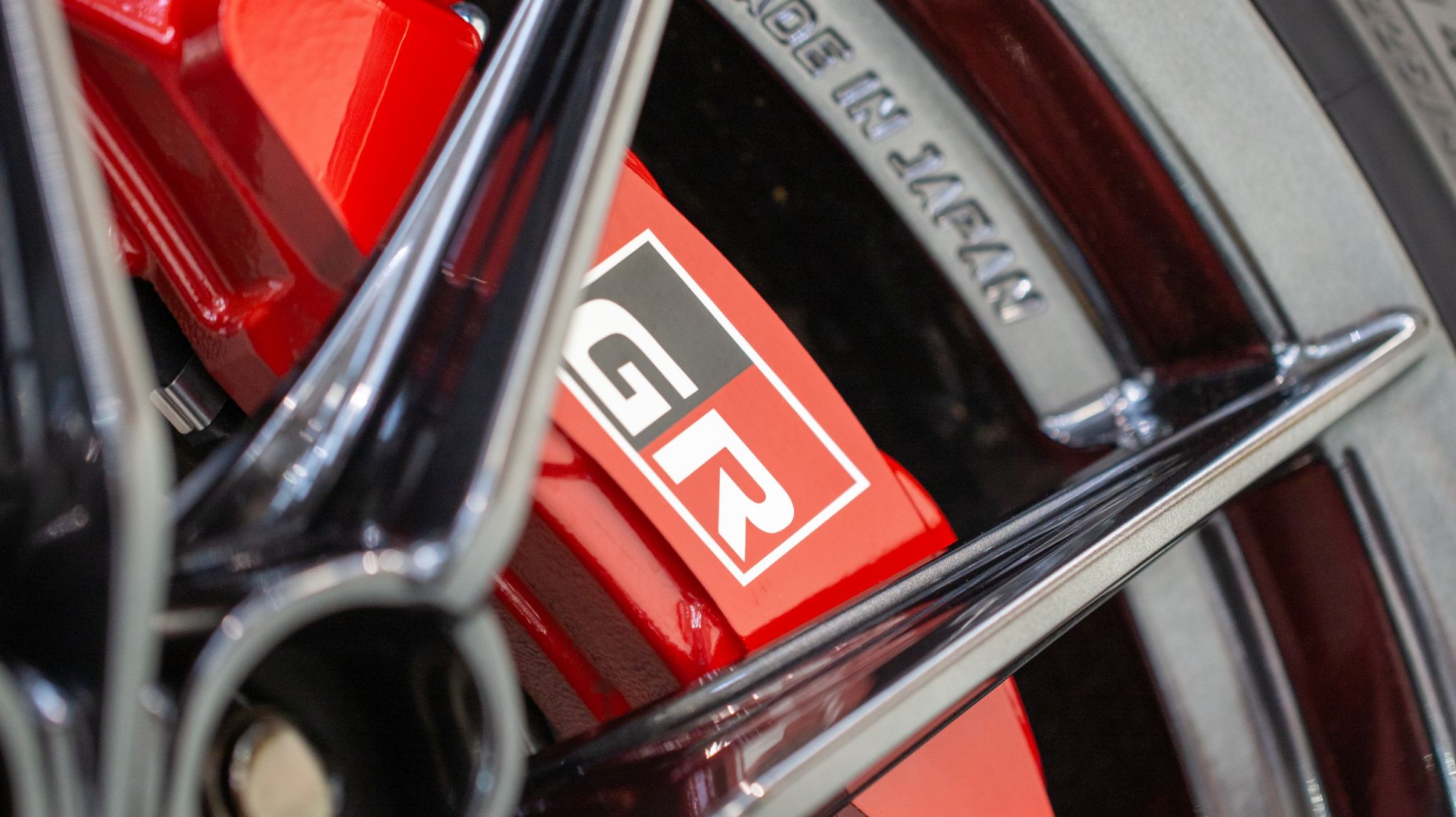