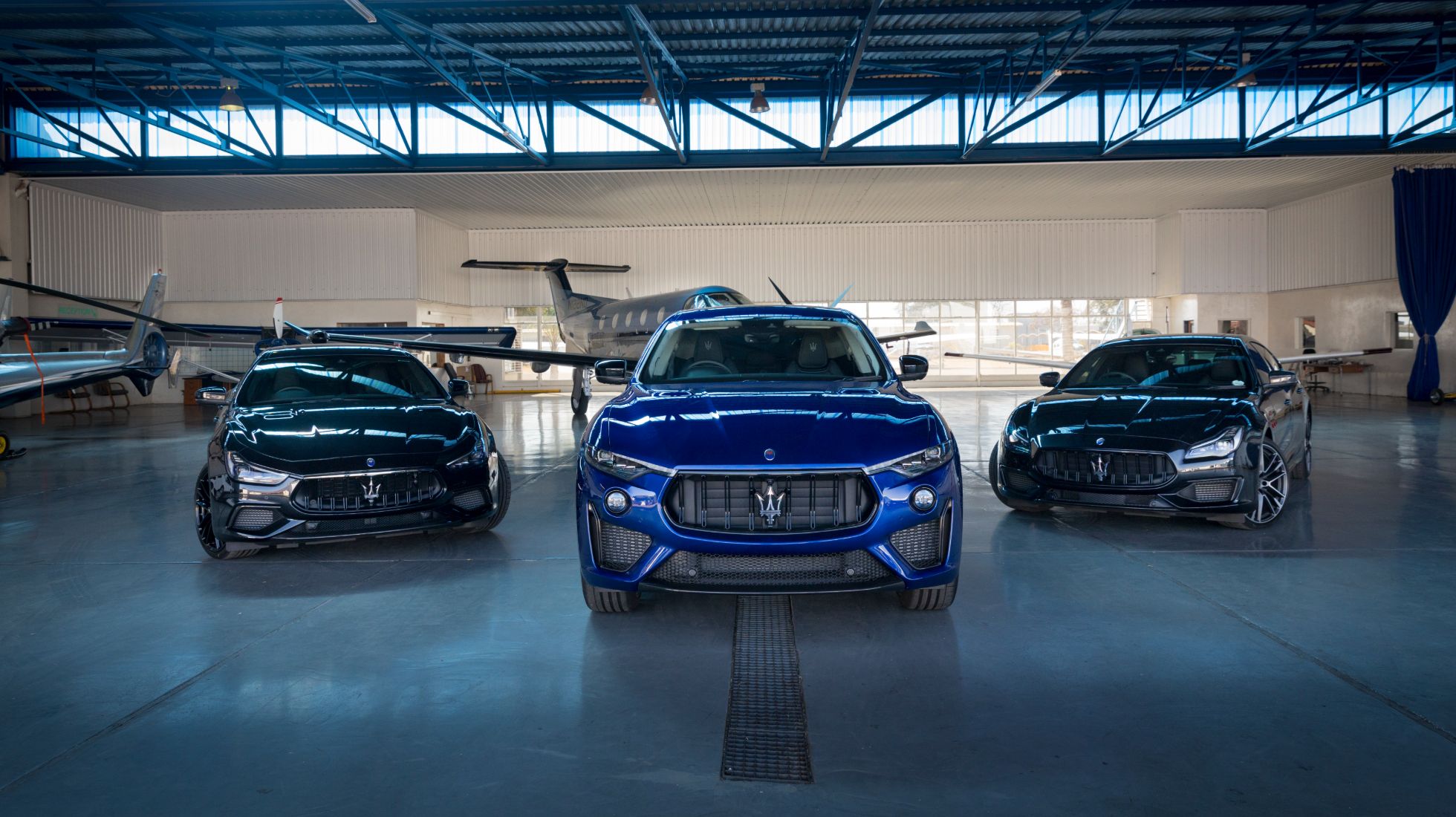 King Neptune’s Trident, as it is loosely referred to, has been the Italian luxury car brand, Maserati’s motif for almost 105 years. That is a long lineage and in this case, one coloured with vivid brushstrokes of a motorsport era and some of the most evocative car designs on the planet.

When the Maserati brothers opened, in 1914, the Officine Alfieri Maserati in the heart of Bologna, Italy, they could hardly have imagined the impact they would have on the world. Alfieri, Ettore, Ernesto and Bindo; four brothers united by their unrelenting passion for cars and engines. Their vision, enthusiasm and expertise turned out to be the cornerstones of what would one day become a global brand, universally recognised as a symbol of motoring excellence.

Officine Alfieri Maserati was founded on 1 December 1914 in Bologna, Italy. Since then, Maserati has played a consistently important role in the history of sports car culture and its development. Over a century of activity has brought with it glorious achievements, both on the road and the track, as well as more challenging times, which have helped forge the company’s character and personality.

Through the evolution of its designs, Maserati has led the way in automotive fashion, with unique cars, elegant yet sporty, always with highly personal, distinctive lines. From the rounded, curvy, sinuous details of the brand’s early years, its cars gradually evolved to become larger, longer and more streamlined.

Then in the Sixties design evolved even further, making Maserati’s cars a perfect symbiosis of clean lines and sinuous surfaces, with a unique style recognisable all over the world. The shapes of the seventies were more angular, as technological development led to new aerodynamic solutions, flat lines and sharp edges, and evolved into the right-angled shapes of the eighties and nineties, which themselves opened the way for the sleek lines of today, more rounded but just as streamlined and eye-catching.

Over the years, Maserati has worked with several established engineers and designers such as Giugiaro, Zagato, Ramaciotti and Pininfarina. Having worked together on several projects, Maserati and Pininfarina have created some of the most popular designs and concept cars of all time, including the Birdcage 75th, heralded as one of the most iconic Maserati models in recent history.

Borne out by the one-make championship series of the early 2000s, the Trofeo name (which translates to “trophy”) was bestowed upon the racing variant of the Maserati Coupe GT that was initially available in standard GT guise and was later based on GranSport versions. Motivation, meanwhile, came from a Ferrari-derived 4.2-litre V8 that did duty in the road-going versions, but with power bumped up from 294 kW to 309 kW, thanks to a freer-flowing exhaust system and more significantly, revised engine mapping. It also underwent a 249 kg crash diet over the road-going car, thanks to the omission of items such as an air conditioner, sound-deadening materials – while carbon fibre doors and bonnet replaced the standard model’s metal items.

The race series carried on right through that decade and beyond with the GranTurismo and the Ferrari Enzo-based MC-12. Sadly, the race series culminated in 2015, but we’re hopeful the brand will return to some form of factory-sponsored circuit racing.

This firmly brings us to the brand’s latest performance models based on the Ghibli, Levante and Quattroporte variants that represent and re-introduce the Maserati offerings to a new legion of fans and audience alike. Welcome to the Trofeo high-performance range, which is essentially the brand’s performance umbrella that looks to not only rekindle the Trident brand’s racing roots but also etch itself in the minds of performance enthusiasts.

We recently brought these models together in one frame and space to assess each one in isolation and how each fits into the overall Trofeo jigsaw puzzle. Personally, I am quite pleased that Maser has once again found its performance mojo and has reconnected with the item that the niche fans were attracted to from the onset – the glorious engine noise.

All Trofeo models are powered by a Ferrari-derived powerplant. Sporting signature scarlet red Ferrari cam covers, the 3.8-litre twin-turbo V8 employed here is a thing of beauty, thanks to the aforementioned cam covers and the contrasting centre-mounted carbon fibre hewn engine cover, replete with the Trident motif. It thumps out a hearty 433 kW and 730 Nm through an 8-speed ZF automatic gearbox, while the all-wheel-drive, in the instance of the Levante, dispatches it all to the tarmac.

How does it go, then, you might be wondering? Well, in short, quite satisfyingly so! It is an engine with lashings of torque no matter where in the rev range you are and, while it enjoys being stretched out to its almost 7,000 r/min ceiling, it pulls admirably from just tick over. It also emits a fruity soundtrack from its quad exhausts, particularly in Sport or the even more hardcore Corsa modes. Thankfully, the gearbox is well up to the task of rapidly dispatching cogs, while the Levante’s handling is good if not entirely as buttoned-down as the Lamborghini Urus. That said, it is exactly what the Levante should have been from the outset. It looks the part, has an air of grace about it and now the legs to keep up with most performance SUVs in this segment.

If exclusivity is high up your purchase list, then the Levante Trofeo will not disappoint. Maserati has always appealed to a discerning, slightly left-field buyer and the Levante is a great package for those who seek a bit more utility, but in a more exclusive package – the Levante was the answer. However, performance meant it was always creamed by the opposition, but I am now happy to report that this anomaly and shortcoming has been duly addressed with the Trofeo variants.

From the sportiest sedan in the range in the form of the Ghibli Trofeo to the Levante Trofeo and the sporty executive Quattroporte Trofeo – the latter the only one currently in the country – there is a golden thread weaving through each model.

Maserati may have seemed to have lost its performance edge over the past few years, what with the Ghibli and Levante having launched here initially with diesel engines exclusively, it was a travesty. Of course, this was addressed to a large degree by the introduction of the S variants that featured a sonorous twin-turbo V6, but their performance paled against rivals.

The Trofeo range with its beefy V8 engines has redeemed the brand’s ethos of not only having some of the most evocative designs but also prestige and panache that comes with a high-performing motor that sounds glorious. For us at TopGear SA Magazine, we genuinely celebrate such strides as it means that enthusiasts, us included, can rest assured that high-performance V8 cars, while a dying breed and under siege by EVs, should be relished with unwavering enthusiasm. The Trident didn’t just stir up a breeze here, it has created a full-blown hurricane-force roar.

‍On the surface, there’s not what one would call a strong connection between Maserati and Pilatus. The one’s roots are nestled deep in Italy, the other is Swiss. When Maserati was already winning the Indianapolis 500 for the second time, Pilatus just got its wings. And yet, over the years, it seems that the core values from these two very distinguished brands aligned, culminating into luxury and performance above all else. The same is true for all the stars on our recent photoshoot – be it Maserati’s Trofeo range that represents the pinnacle of luxury performance cars, or the gracious beast posing in the background of our shoot; the mighty Pilatus PC-12 – the Maserati of the skies if you will. With its single turbo-prop engine it represents best-in-class performance with a cruising speed of 500 km/h all the while carrying the occupants in the absolute lap of luxury.

Our cover shoot wouldn’t have been possible without every single element slotting into place like a well-oiled V8 engine. We want to thank everyone who helped us make this photoshoot possible but especially these Wonderboom-based companies without whom we would have beautiful cars but no place to capture the beauty and essence of Trofeo.

AMC offers affordable maintenance and repairs. Aero Maintenance Centre specialises in Certificate of Airworthiness inspections and is certified to work on single- and twin-piston aircraft.

Have a chopper that needs maintenance? You’d be hard-pressed to find better professionalism and expert know-how on anything helicopters than Heli Fix, that’s conveniently situated at the Wonderboom National Airport.

AME Aviation, also the company that supplied us with the beautiful hangar full of achingly beautiful playthings, has extensive experience in supplying, installing, integrating, commissioning and maintaining aircraft avionics, electrical systems and instrumentation for the Civilian and Military markets. 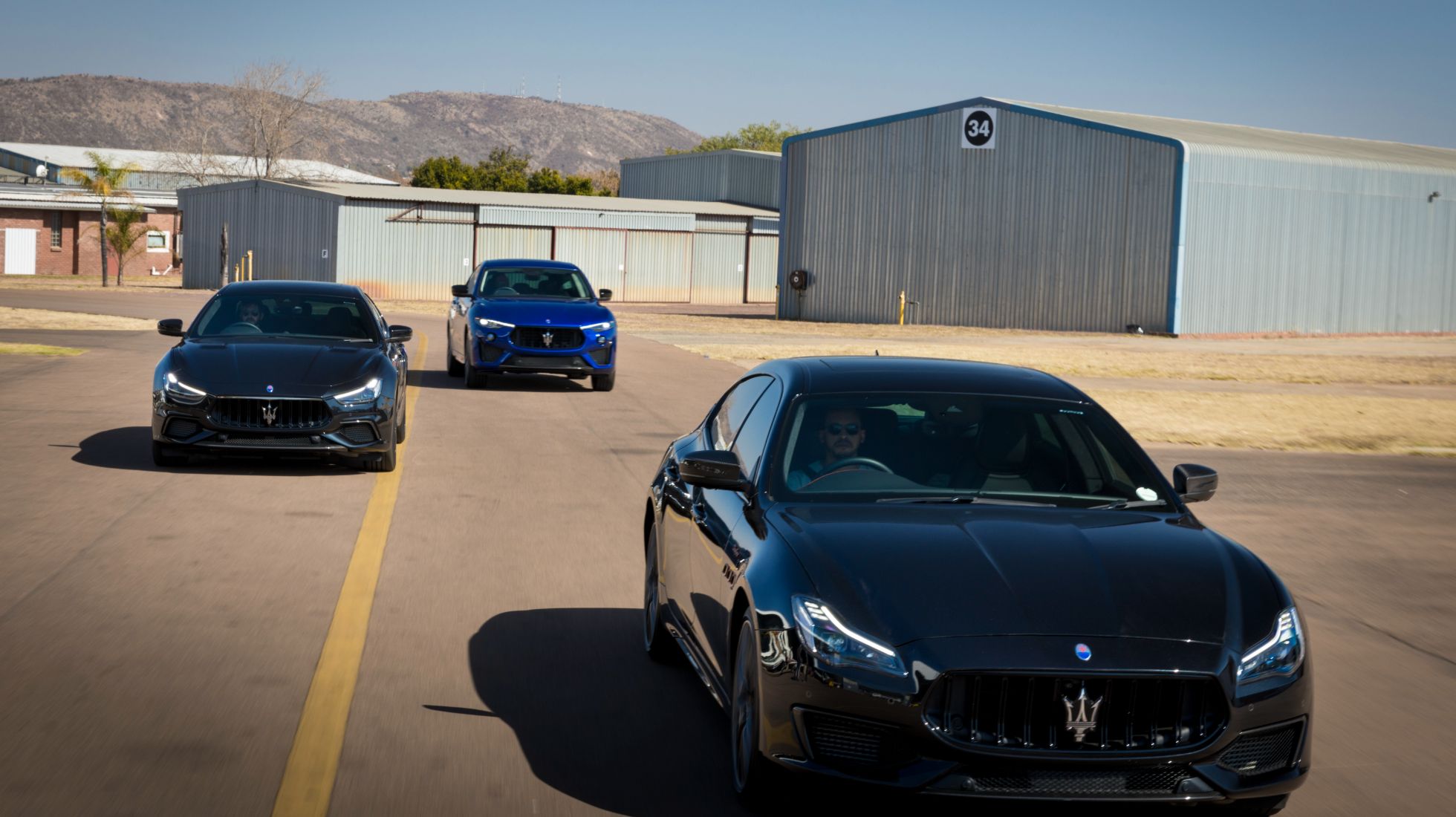