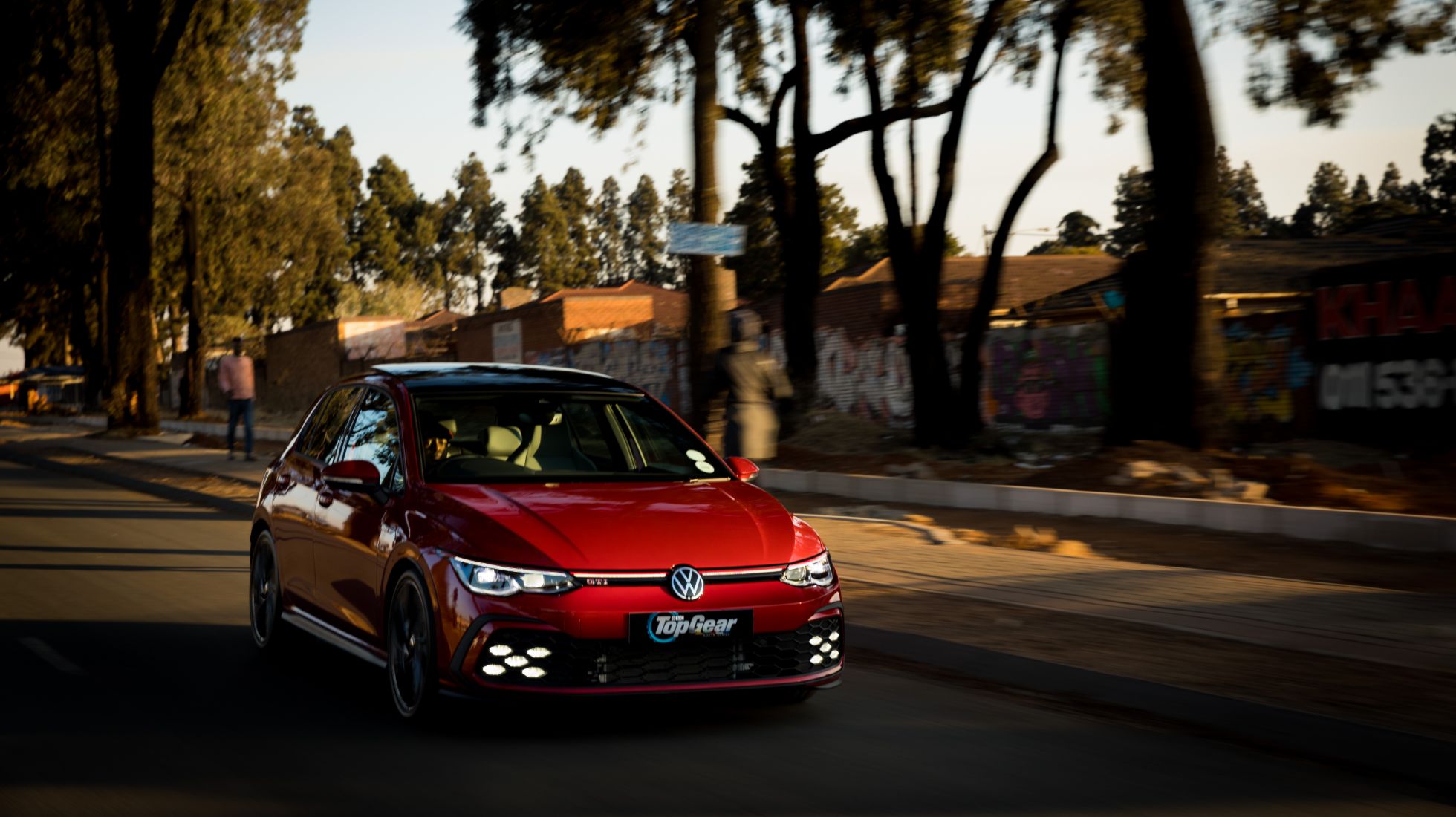 ‍The year 1976 was a watershed moment in SA as students from Soweto set out to abolish the apartheid regime in schools, by protesting against the Afrikaans language as the medium of instruction. It was a tumultuous time in our country, young lives were lost, but this gave rise to the democracy that we today enjoy. Across the ocean in Germany, a year prior to the Soweto uprisings, a group of Volkswagen employees decided on tinkering with the idea of a sporty Golf.

Then VW Press Department head Anton Konrad and VW engineer Alfons Löwenberg, began the development of a high-performance "Sport Golf" as a skunkworks project rather than an official factory program. The two were joined by Gunter Kühl, also from the Press department, suspension expert Herbert Schuster, Hermann Hablitzel, who smuggled parts from the project into regular tests, Jürgen Adler, whose chassis analysis led to additional reinforcements. And perhaps quite interestingly, Horst-Dieter Schwittlinsky from the marketing department, who coined the "GTI" acronym, and Franz Hauk, who developed the EA827 engine.

A prototype GTI was built based on a Scirocco, rather than a Golf. This proof-of-concept had an EA827 engine with dual-carburetors and a lowered and stiffened suspension. When this prototype was driven by Volkswagen's Chief of Research Ernst Fiala, he objected to the harsh suspension and excessive noise from the intake system and declared the car "undriveable".

The ad-hoc development team arranged to use the fuel-injected version of the EA827 engine that had been developed for the new Audi 80 GTE. That engine's Bosch K-Jetronic system reduced intake noise and raised power output.

The car's name is typically described as an acronym of either the Italian phrase "Gran Turismo Iniezione", or the English "Grand Tourer Injection", and is usually written in all capitals.

GTI was presented to Volkswagen's management early in 1975, and the project was approved on 28 May 1975.

At this point, a ninth person joined the original eight-member GTI team. Working under Chief designer Herbert Schäfer, Gunhild Liljequist was tasked with creating a set of features that would set the GTI's interior apart from the normal Golf. Her contributions included the bright Tartan plaid upholstery and the dimpled golf ball-like gear shift knob.

The Golf GTI debuted in March 1975 at the Frankfurt Motor Show and wasn't unveiled until the autumn of 1976. Production was not expected to exceed 5,000 units, which was the number needed to qualify for the Group One Production Touring Car class.

Initially, the Golf GTI was powered by a 1.6-litre engine with 81 kW and 140 Nm driving the front wheels through a 4-speed manual gearbox. This gave it a 0-100km/h sprint time of 9.2 seconds and a top speed of 182 km/h, both figures not to be sneezed at in those days. The model was given a 5-speed manual transmission in 1979, while a larger and more powerful 1.8-litre engine was introduced in 1982, power only went up to 82 kW, while torque jumped significantly to 153 Nm.

A year later, in 1983, the MK1 Golf GTI was sold in SA and, in 1984, the model was built locally at the now Kariega VWSA plant. One can say it was the start of the love affair with Mzansi and the throngs of cult followers, but perhaps the Mk2 GTI is the one that truly cemented itself as the model of choice among VW fans. It was offered initially in the 1.8-litre 8V and later in the 16V derivative in the late 80s. In the early 90s, the model was given a facelift and with it a 2.0-litre 16V power plant with around 110 kW and, while that was most welcome, there was another, more powerful SA homologation special model that never saw the green light.

The Golf GTI Spitze was engineered locally under the auspices of VWSA Motorsport to be a more competitive answer to the domineering BMW 325iS and Opel Kadett 16V S (Superboss) in the Group N production car racing series. Sadly, due to development costs and the fact that the MK3 was already standing in the wings, the project was permanently placed on ice and that put paid to the infamous Spitze development.

That said, the MK2 GTI was arguably one of the most desirable GTIs of the 90s as the MK3 that followed was somewhat of a disappointment in the performance stakes. It had a paltry 2.0-litre 8V that mustered only 85 kW, as VW’s strategy was to make the VR6 the flagship Golf in the MK3 generation – a story for another day.

In 1999, VW changed tact with the launch of the MK4 Golf GTI, as it figured that a more luxurious and subsequently heavier variant would plug up the gap between lower segment cars and more premium class models like the Passat. It was a good car, the MK4 GTI, but didn’t quite hit the hot-hatch mark. Its 1.8-litre 20V four-pot turbo petrol engine was good for 110 kW and 210 Nm and power was more linear in its delivery, while the suspension was cushy, to say the least. Many fans downplayed this GTI as being too soft to bear the nomenclature, but this was slightly readdressed with the introduction of the limited-edition, 25th Anniversary GTI R with its 132 kW and 235 Nm and a retuned suspension.

Then in 2005, VW seemed to have found its mojo as it unleashed the critically acclaimed MK5 GTI that, to many, was the foundation to the subsequent success of the quintessential hot-hatch. It had a 2.0-litre turbocharged petrol engine that put out 147 kW and 280 Nm available with either a 6-speed manual or the optional DSG, the latter which debuted in this generation GTI and remains the exclusive transmission in the MK8 GTI. That said, the MK5 GTI re-established itself as the benchmark hot-hatch and had a chassis and responsive steering system to drive that point home.

The succeeding MK6 GTI in 2009 was more of an extensive update of the MK5 GTI, but offered a slightly more compliant suspension and a more refined engine with 155 kW and 280 Nm. However, it was the Edition 35 Anniversary model introduced in 2012 that gave the model pukka performance with its 173 kW and 300 Nm. A year later, the MK7 GTI broke cover and with it, one of the most endearing designs of the model. While the initial model boasted 162 kW and 350 Nm from its 2.0-litre turbocharged engine and, to be honest, it felt more of an evolution of the MK6 GTI in the performance stakes. A Performance Pack edition with upgraded brakes, a limited-slip differential and a 7 kW boost was shortly introduced and this gave the GTI much needed front-grip, particularly when powering out of corners or simply launching the thing off the line.

Personally, though, it was the GTI Clubsport (although a more powerful and stripped out Clubsport S was offered in limited numbers) that truly grabbed my attention. Aside from the bumped up performance – 195k W (213 kW in overboost) – it was the front-end grip and its agility that left me thoroughly stupefied. It darted and changed direction on a whim and you could easily place it anywhere you want to mid-corner and the tiller will oblige to your wishes. For me, it was the MK7 GTI’s apex moment, as the swansong GTI TCR took a leaf from the Clubsport book.

This brings us firmly to the latest generation of the GTI, the MK8, which has arguably been the most anticipated model launch this year. The silhouette remains that of the signature Golf, while the GTI elements such as the specific grille – now with a LED light strip and spilling into the headlights – and lower valance, replete with honeycomb fog lamp design. Moving to the rear, dual exhausts, roof spoiler and the GTI motif – now centre-mounted on the boot lid – finish off the look. Our tester also boasted 19” Adelaide Alloy wheels; Adaptive Chassis; Panoramic Sunroof; LED Matrix Headlights; and Harman Kardon sound system.

Swinging open the driver’s door, one’s greeted by a minimalist, driver-centric layout with nary a physical button in sight. Instead, you have at your fingertips a touchscreen infotainment screen and mostly haptic-type buttons on the steering wheel and centre console. To be frank, the setup is a bit over the top as some of the simpler functions are hidden within a maze in the actual infotainment screen. Also, the climate control and sound system buttons can oftentimes be inadvertently activated. It is rather annoying actually, as I feel these buttons are not strategically placed.

That aside, the cabin is familiar GTI territory with the thick-rimmed steering wheel and the adaptable Digital Info Display screen that really gives the cabin ambience a modernised look and feel. There is more than ample space for the front occupants, although I do feel that the new seats do eke slightly into the rear quarters’ legroom. Also, with small children in tow, I would prefer black leather seats instead of the grey tinge of our test car.

Under the bonnet is the familiar EA888 2.0-litre turbocharged engine that powered the outgoing model and mated exclusively to a 7-speed DSG gearbox. The outputs are not anything to write home about at 180 kW and 370 Nm, said to yield 6.4 seconds for the 0-100 km/h sprint, while terminal velocity is 250 km/h. While the engine is sufficient for mundane daily trudges, it never quite feels special when hurried up, which is further exacerbated by skittish power delivery. Granted, there’s no LSD up front, which would do wonders for traction, but the latest GTI also weighs 40 kg more than its predecessor, adding some bluntness to the overall performance.

What the latest GTI does exceptionally well, however, is giving you a feeling of a more premium offering with one of the most compliant ride qualities in the segment. In fact, were I tossed the keys to drive to Cape Town from Gauteng in the latest GTI, I would jump at the chance, such is its easy-going nature.

Driving the new GTI spiritedly still rewards the keen driver, thanks to a very good suspension, while the signature Vrrrpha exhaust note is ever so subtle in this generation, giving the impression of this being a more mature and composed GTI yet. Of course, there is the Clubsport edition, which is sadly not destined for Mzansi, which I reckon is a disservice to the local market.

What the Golf GTI lacks in overall performance, it more than makes up for in sheer presence. We have driven numerous special cars here at TopGear Magazine SA, but the attention and fanatical prose that this model commands is something to behold. Whether on the highway, suburbia or township streets, the GTI’s repertoire is quite admirable. It truly is the township hero, much like the struggle stalwarts, many people seem to identify with the GTI and remains ever so desirable.

At a base price of R669,300, it is priced squarely against its BMW 128ti rival, however, should you tick all the cool items in our test car, which come highly recommended, then you are nudging close to a sticker price of R750,000. Even so, this will not perturb those who have placed their orders already and, having spent a long spell in the saddle, this GTI continues to do most things better than any other hot-hatch in the segment. It might not be the sharpest tool in the shed, but it's an enjoyable car to spend your time in. Those with higher adrenalin thresholds might have to wait for the more powerful Golf R that will make its debut in Mzansi in the first quarter of 2022. 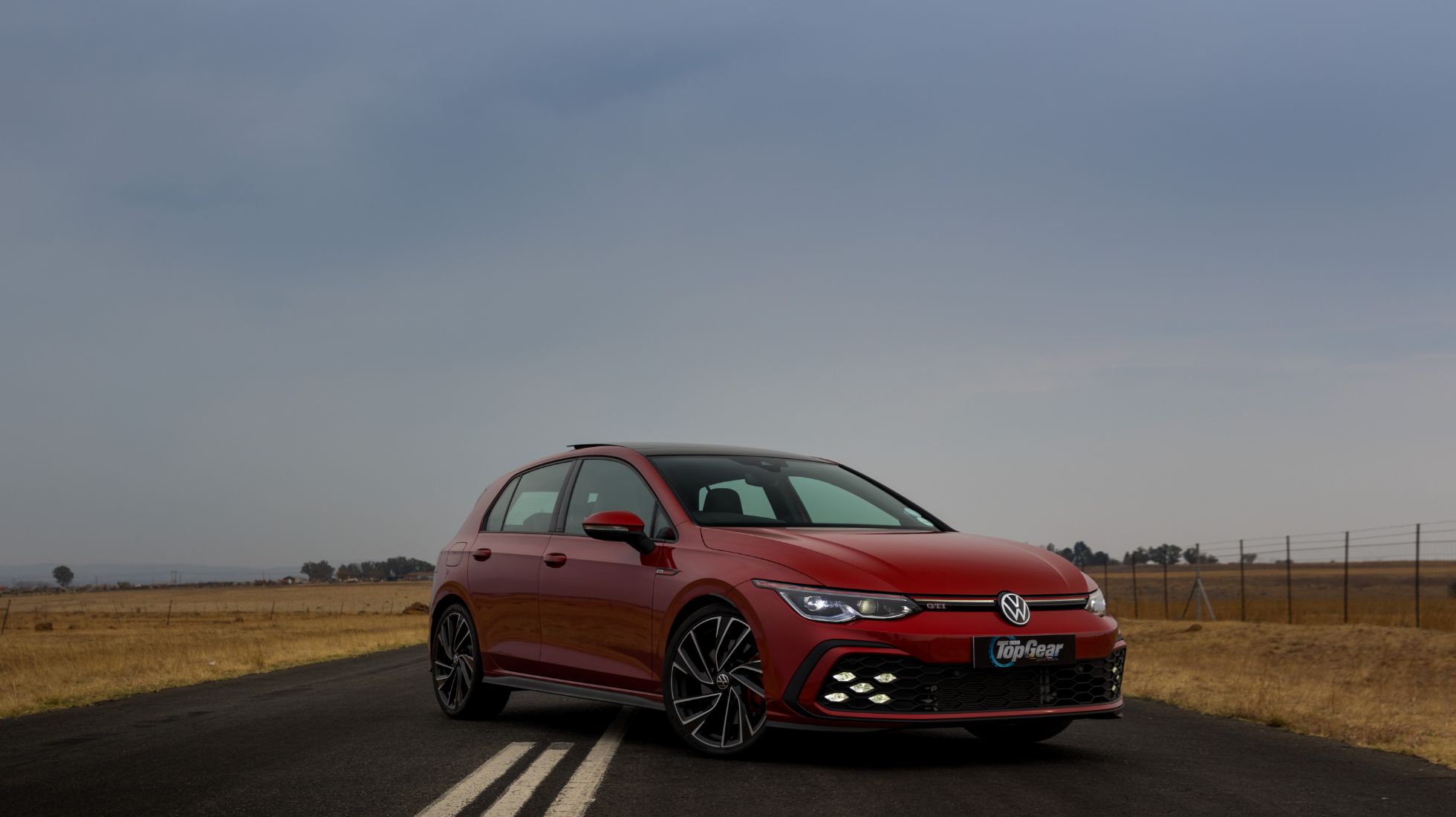