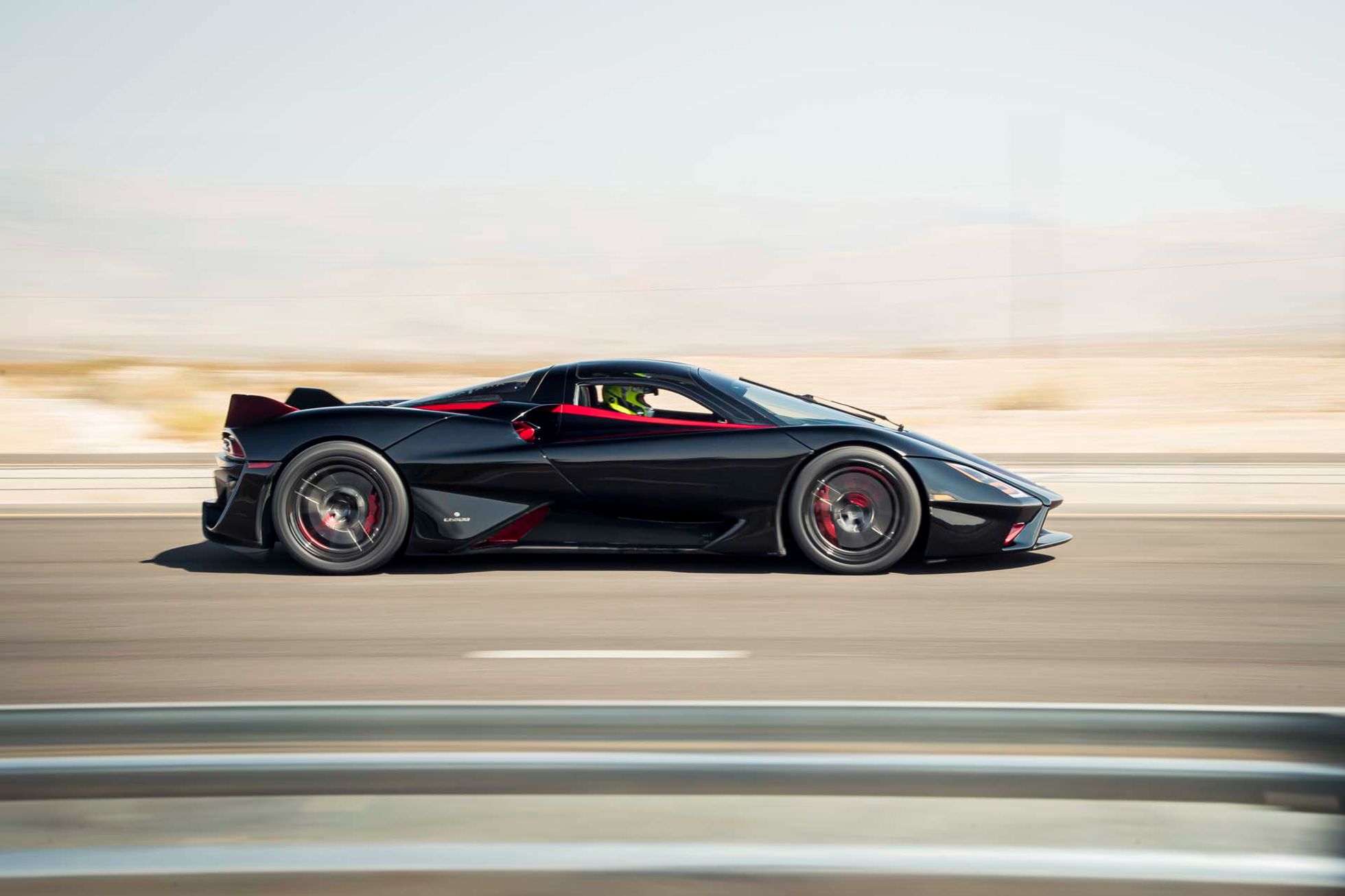 The fastest car in the world is....the SSC Tuatara

Since the 930 iteration of the Porsche 911 Turbo, every succeeding model in the 911 Turbo sequel has stamped its authority as the king-of-the-hill of the model’s lineage. And each new generation has continued on this trajectory, dispensing with vehicles with twice the engine displacement with relative ease. And it is here that the world has since sat up and taken stock of this particular Stuttgart sportscar derivative.

As sports car models go, the 911 Turbo S is the one that manages to re-calibrate one’s perception of speed in one fell swoop. I too was none the wiser when I first launched a pearlescent white 997 generation Turbo S (412 kW and 650 Nm) off the line one afternoon, and the sheer violence of that particular exercise remains firmly etched in mind, even a decade later.

Then in 2016 came along the 991.2 Turbo S sporting even more power - 450 kW and 750 Nm and I was thoroughly impressed by its turn of speed ability, which sadly was experienced only on track at Kyalami Racetrack at the time. It’s now four years later, and here I am about to get acquainted with the latest Turbo S - the 992 generation - on some of the best roads that the Western Cape has to offer. .

Of course, when discussing the 911 Turbo S, it is the numbers that are usually most bandied about in car banters. In this instance - the 3.7-litre flat six, twin-turbo powerplant pushes out 478 kW and 800 Nm via an 8-speed PDK gearbox that is allied to an all-wheel drive system. The resultant performance figures are staggering; 0-100 km/h takes a scant 2.7 seconds, breaks the 200 km/h zone in 8.9 seconds on its way to a top end of 330 km/h. Yes, quite an impressive performance sheet indeed, but there is more to the 911 Turbo S than just raw performance, but more on that a bit later.

Ahh, understated for most part, the 911 Turbo S is unassuming at best and manages to blend into the car park with relative ease. There are no scaffolding type spoilers, or overly large body appendages, but for those with a keenly trained eye will spot the key Turbo S elements. For starters, there is the front valance, which has a retractable rubber front splitter that deploys when Sport + mode is activated to generate additional downforce. This works in tandem with the boot spoiler that also extends or retracts, depending on mode selected. Speaking of downforce, this unit has been duly increased here by 15 % compared to the outgoing model, to generate an additional 70 kg of downforce at 200 km/h.

The rear is arguably the most expressive angle of the car, particularly when viewed square on. Those curvaceous wheel arches are a distinct 911 Turbo item, while the sports exhaust (two single oval outlets as opposed to the standard quad exhaust plumbing), belt out a fruity note. It is purposeful at best, but not shouting from the rafters or drumming its chest to indicate its top-class performance, and that is one of the model’s best traits.

The cockpit is an uncluttered affair as we have come to expect of the 911 - clean, minimalistic and classy - so I will not linger much here, because the 911 Turbo S needs to be driven to be truly appreciated. But you can expect items such as the 10.9-inch infotainment screen, a GT three-spoke steering wheel, replete with a driver mode rotary switch.

Quite an easy car to drive with the suspension in its slackest setting, gliding over road undulations with refinement befitting a large premium saloon. That 8-speed PDK leisurely meshes through the gears in almost an imperceptible manner, leaving you to ponder about other aspects of life and little else.

However, switch things up to Sport +, and explore the model’s launch control and be prepared to be totally stupefied. Launching a 911 Turbo S off the line remains a defining moment in automotive technology progression. All it takes is a short sequence; left foot brake, push the throttle all the way to the floor boards, build up revs to around 5,500 r/min, “Launch control activated” will beam on the cluster and simply slip your left foot off the brake pedal and prepare for your organs to be assaulted.

The thing squats on those rear haunches and takes off like a bat out of hell. It momentarily lifts its nose as the steering buckles in your hands, as you pass 100 km/h from rest in less than the claimed 2.7 seconds (I reckon 2.5 seconds) and that relentless acceleration continues unabated. This new model's four-wheel drive system can send up to 500 Nm to the front axle, ensuring the most optimal purchase. While many turbocharged cars begin to run out of puff at around 5,000 r/min, the Turbo S feels like it's taking another gulp of air and pushes you even further into your seat as it gets on with the business of distilling speed -  and that is an aspect it does quite eloquently. Thankfully, it also manages to stop as equally well as it goes, thanks to the 420 mm carbon ceramic brake discs up front with 10 pistons and the 390 mm on the rear with 4 pistons.

For the first time in the 911 Turbo S, the optional PASM sports chassis, which lowers the car by a further 10 mm, can be optionally specified. This aids with even more precise handling as was evidenced while driving through the switchbacks of Franschhoek Pass, where the Turbo S corners true and flat. A true GT crusher, the Turbo S can be driven for very long distances in absolute comfort and this is where its universal appeal truly bristles.

As far as sportscars go, the Porsche 911 Turbo S truly plays in its own class. It is feverishly fast in any situation, comfortable for most part, and simply sublime as a package. At a base price of R3 849 000, which is not pocket change by any stretch, you would be hard pressed to find a sportscar as rapid and useable at this pricing point, which speaks huge volumes of the model's peerless abilities.