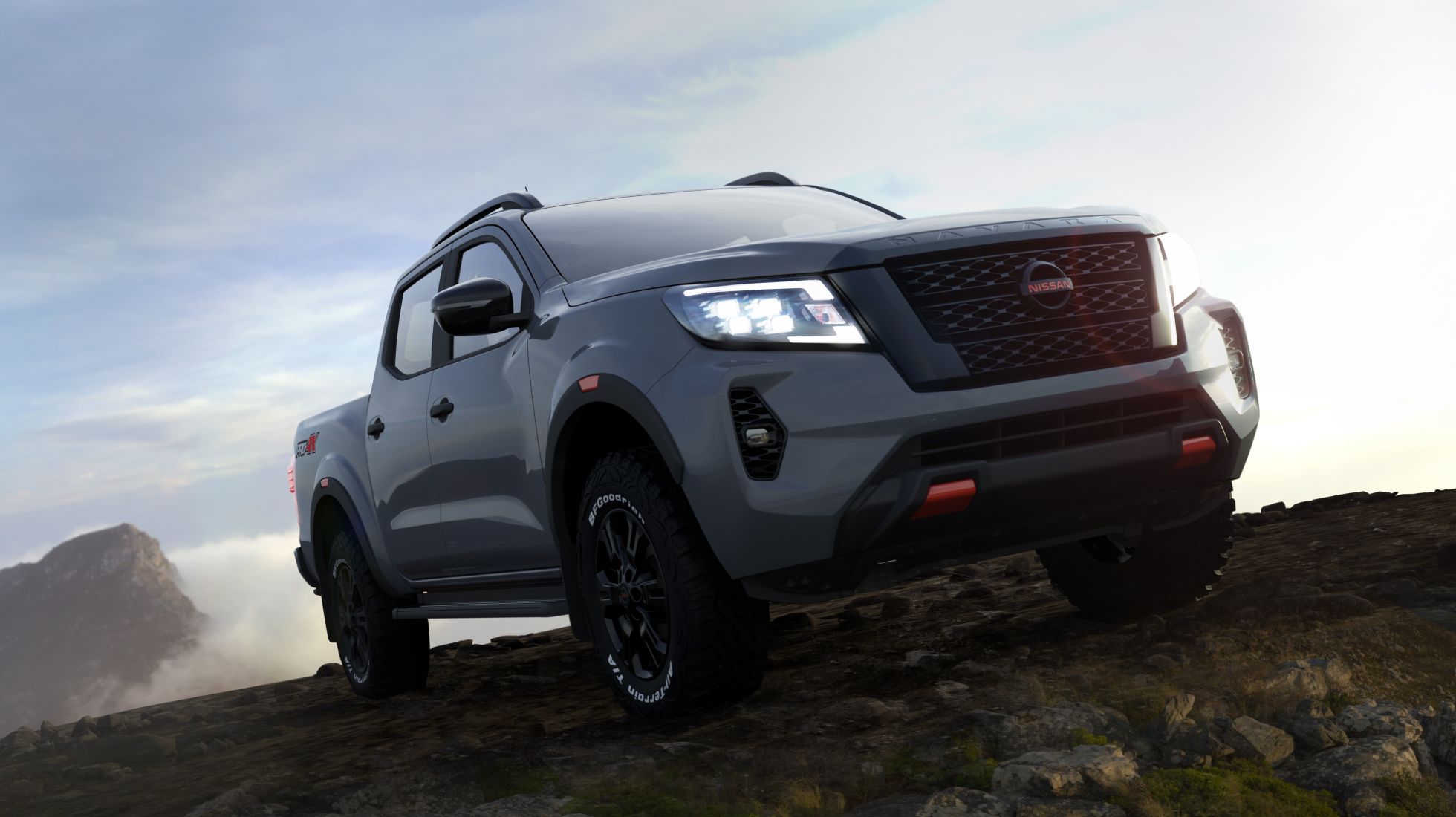 Nissan updates the Navara bakkie for 2021

Beastly SUVs are in fashion right now. It’s not hard to see why: SUV sales, in general, are buoyant and there are power-hungry drivers willing to open their wallets extra-wide for a family hauler of this physical stature. The 2021 Toyota Land Cruiser 300 is not the first to pair performance and usability, then, nor is it the most powerful.

The Land Cruiser 300 takes Toyota into uncharted territory. Not in the usual, off-the-grid way that has delighted generations of Land Cruiser drivers, but an even more challenging rise through the ranks of the luxury three-row SUV segment. Everything is big here: big body, big V6, a big tech story, and not least a big price tag, with Land Cruiser 300 ownership starting north of R1,283,200.

Scaled to make even the Toyota Prado look fairly diminutive, the Land Cruiser 300 is not only huge, it’s borderline obnoxious. With the strongly delineated pillars – intended, Toyota’s designers say, to give an effect reminiscent of an urban landscape, punctuated with skyscrapers – and thick-edged framing to the glass, there’s a whiff of “armoured truck” about the whole thing.

I’m not entirely sure it’s consistently handsome, overall, from every angle, but it’s definitely noticeable. There’s more chrome and general glitz than you’d expect from a typical Toyota, too; the model lettering and accompanying GR branding (on the GR-S model) are picked out in chunky metal. I like the front and the side profile more than the view from the rear. This angle, in my opinion, is too reminiscent of a specific, very awkward-looking, British SUV...

Clamber inside, meanwhile, and there’s a cabin like no Toyota before it. Sure, elements are familiar from the automaker’s previous models, not to mention some of the switch-gear, but there’s a clear attempt to bring the whole thing more upmarket.

Real wood, surprisingly high-quality leather, effective ambient lighting, and a general focused attention to detail permeate. Most of the buttons are back-lit, and physical controls are tactile and – in the case of the drive mode knob, for example – milled pleasingly. It’s the stuff you don’t necessarily notice consciously, that all conspire to give that luxe feel.

Woven through that is the technology. The Land Cruiser 300 doesn’t have a Mercedes-style hyperscreen, but it’s not far off: maxed out, there’s a driver display, a head-up display, a 12.3” upper central screen for infotainment and multimedia and two 11.6” second-row entertainment displays, and more.

The infotainment system is now faster and more capable, with Apple CarPlay and Android Auto support, and voice control. The UI can feel a little overwhelming and look dark initially, but it’s readily customized and once you’ve brought some of the more commonly-needed features to the fore – such as the 360-degree camera – it’s actually very usable.

Handily, Toyota didn’t forget about the essentials in its luxury ascend. All three rows are adult-scale, and there’s less of the sense that the rearmost seats are the consolation prize. Legroom and headroom is plentiful with electric adjustment for all three rows, depending on your trim. Vents, cubbies, and USB ports abound, though those at the very back will need to bring their own screens as Toyota’s entertainment package doesn’t stretch that far.

On the road, that all conspire to hide the Land Cruiser 300’s pound curb weight, with mixed results. In the Auto drive mode, the big Toyota was a little more bouncy than I expected, though not sloppy. Soft across rutted asphalt and highway bumps, it lends itself more to laid-back cruising than anything more urgent. The petrol V6 is hardly heard, thrumming distantly, and the Land Cruiser’s cabin, in general, is surprisingly well insulated.

Things firm up more in Sport and Sport S+ mode, which I preferred. You’re still fighting physics, and we all know who wins that war eventually, but the Land Cruiser 300 manages to stay level without becoming unduly harsh with it. Toyota’s variable-ratio, variable-effort steering takes a little getting used to, adjusting the turning ratio depending on how much you’re steering, and even in Sport mode, it’s a light tiller overall.

Toyota is, understandably, keen to prove its new model is no pretender when it comes to the rough stuff. The result was a 200 km off-road stretch during our launch drive in the Western Cape tougher than any luxury SUV will ever face in typical use: jagged and haphazard rock piles and chassis-testing twist fields.

Happily, the adventure abilities don’t impair how refined the big Toyota is on normal roads. I spent most of my time in the ZX version and came away impressed with how refined it feels.

There are Deep Snow, Mud, Sand, Dirt, and Auto mode, because this is, of course, still a Toyota and even if nobody will take their Land Cruiser off-roading, the automaker still has to convince them they could. Sadly there’s no customisable mode, in which you could dial back the suspension’s super-squish tendencies.

Adaptive suspension makes an appearance too which improves on-road performance but also allows for optimum wheel articulation when you’re off-road. Oh, and there’s no need to tell the Multi-Terrain Select system what kind of surface you’re on, it already knows well before you do. As with all new car launches these days, there’s more active safety than you’d know what to do with.

For all that’s familiar with the Toyota Land Cruiser 300, there’s also something new. Genuine credit is deserved for the quality of the interior and, while it’s a little busy in places for my taste, I can’t fault the materials or the overall consistency. Even Toyota’s tech feels cohesive, and though a set of iPads may still be more flexible in the long run, at least the Land Cruiser’s rear-seat entertainment package doesn’t feel hamstrung out of the gate.

Whoever finds themselves behind the wheel, meanwhile, has comfort and effortless cruising waiting for them. This is not a sporty SUV, but I’m not sure anyone expected it to be. What buyers in this segment demand is star treatment – and it delivers.