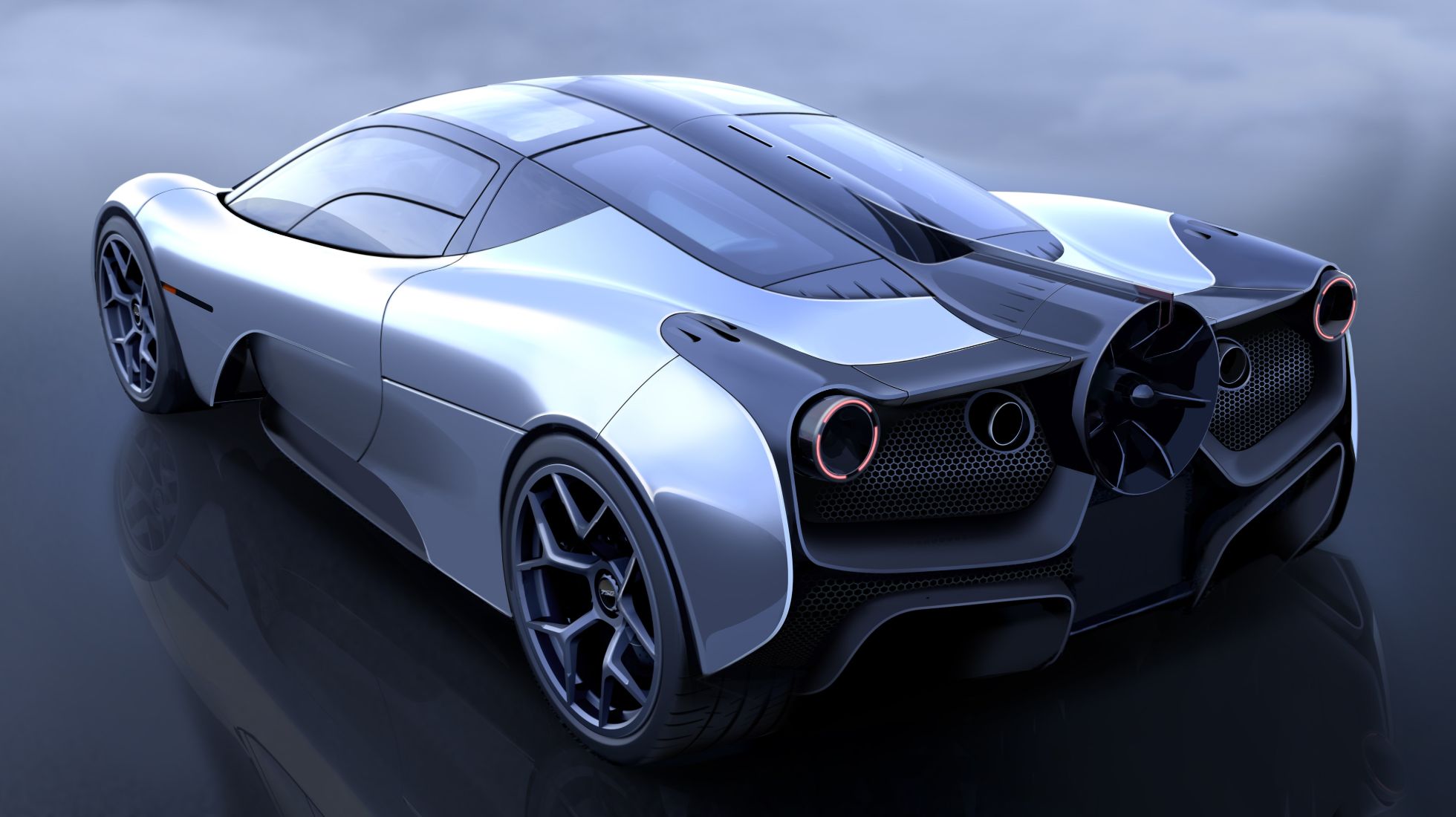 A splash of power and colour to the Forester – does it work?

Could use a better transmission.

Do we buy cars using our logic and common sense? The irony of common sense is that it is sometimes quite uncommon especially when it comes to cars. You’ve read it all before – a lot of the time we’re moved by emotion and spurred on by our imaginations rather than the simplicity of weighing up the facts and making a purely logical decision. If we did do this, I’m certain there’d be more Foresters on our roads. It’s a car that just makes logical sense.

This is the Forester Sport model introduced into South Africa for the first time since its global introduction. It stands out from the classic Forester swopping the 18” shiny alloys for black numbers and then sporting out the look with the use of an orange strip that runs around the entire bottom section of the car and then black accents on the bumpers and flanks. Orange insets also grace the black roof rails finishing off the sporty package.

It certainly makes the Forester stand out and gives owners a bit more to look at than the non-Sport version. Overall, Subaru’s done well to bring this car here – as it adds a touch more appeal to what is quite a staid and unexciting design. But that’s never quite been Subaru’s big pitch. Flashy design on its SUV’s isn’t what it does, instead the design is moulded by function. It’s why the greenhouse is so large and airy – a mark of Subaru’s focus on safety. This car really does offer the best visibility in its segment. And this sort of thinking, dictates the narrative for the rest of the car.

We must commend the interior execution of the new range of Subaru models. They’ve come leaps and bounds from the days of old where they had the most dreary interiors. The Forester’s cabin can best be described as functional, well put together and full equipped as far as features and technology go. In 2017, the smaller Subaru XV won a WardsAuto award for its interior and the Forester one is quite similar, albeit with more orange treatment all round – a cue from the exterior. The world has come a long way since then and it's not going to win awards now. It's well-equipped and functional but lacks the fireworks that competitors employ now, i.e. fancy graphics, interior ambient lighting.

The seats are finished in a water repellent material as an aid to the lifestyle that Forester owners may lead. Great for dogs and wet clothes perhaps? They’re also supportive and I prefer the softness of these seats compared to the leather items in the non-sport Forester. The seats, dash and door trim as well as the air vent surrounds and some parts of the console are all finished in licks of orange paint. I like it. It adds some element of excitement to the interior.

That said, rational observations on the Forester Sport suggest it scores highly on comfort, practicality, ease of use, durability and function. The rear doors have been designed to be as wide as possible for ease of ingress especially with baby seats. The rear seats fold flat and coupled with the fuss-free easy-to-clean boot mats, makes the space uber practical. The wide-opening electric bootlid is now much faster than before (thankfully) and in fact, I’d say it’s one of the fastest on offer in segment.

USB ports abound with 2 at the rear and 2 in the front in addition to 12V sockets in the boot and 2 in the cabin. Boot space is quoted as 520-litres with the 2nd row in place, extendable to 1,779-litres with the rear seats down. This is on par with Tiguan and larger than CX-5 – consider this and the low-sill, wide-opening frame and it makes a strong case.

The 8-inch infotainment system isn’t big on graphics and animation but it is equipped with phone mirroring, connectivity, voice activation and its own Navigation. It’s fast and easy to use with an uncluttered interface and large icons for ease of use.

The introduction of the 2.5-litre Boxer engine to the Forester line-up was a good idea. The 2.0-litre always felt like it needed more grunt and this version makes up for it. There’s no doubt that it’s the one to have because whilst it is more thirsty than the 2.0-litre, the gain in power is more sensible to take than the loss of fuel efficiency. The 2.0-litre does 7,6l/100km – our test unit here managed a very respectable (as far as NA Boxer engines go) 8,4l/100km.

Because there is more power on hand, the ability to use it means you aren’t revving the engine as hard as you sometimes do in the 2.0-litre Forester. And this means that the Lineartronic CVT isn’t as loud and whiny. In fact, once you have learned to drive this CVT with this motor, the driving experience is close to being competent enough to not warrant the need for a dual-clutch or torque converter. Close – but Subaru adopting something different, no matter how light they make this transmission, would be better.

The steering and underpinnings remain the same as the 2.0-litre car and this isn’t a bad thing. The Forester rides quite high with 220mm ground clearance and it feels like a SUV for sure, but throw it around corners even on gravel surfaces and there’s a distinct ‘Subaru way’ that it handles. With 50:50 power distribution the entire process is entirely manageable and the car unflinching. There’s an easy going balance even with a steering that is quite light even at higher speeds. Subaru stability systems and torque vectoring intervene where necessary and it’s all very calm and confidence-inspiring.

Big on Subaru’s agenda is the adoption of EyeSight into all ES / top spec versions. That is an all-encompassing adaptive cruise control and emergency braking system. There’s a plethora of stuff within EyeSight including some systems that even work in reverse – something I’ve not come across on any other car. It’s one of the better systems out there but you must consider that in our dear South Africa, some things will catch you unawares with these systems. Traffic light retail for instance can be read by the stereo camera-based system as an ‘emergency’ which isn’t ideal – something to be aware of, so if you buy a Subaru Forester ES, make sure you know exactly how the system works.

As an all-round package, the Forester has excellent ride quality both on and off-road both in terms of the damping and NVH levels. And then of course, with class-leading ground clearance and X-Mode, the Forester really can deliver off-road more than you may imagine. The AWD and X-Mode system work to get you out of the rough stuff. Just select the mode you want and the system does the rest – this isn’t a Defender – but for what it is, it’s extraordinarily capable.

At R599 000 for this Sport model, the Forester is well priced for a truly full house offering. That price is all in. You can pay for some added accessories but spec for spec, you’d be hard pressed to find a competitor with this level of built-in competence. It retails with a 3yr/75 000 maintenance plan.

The small dealer network is something to consider but there are at least, now 4 derivatives from which to choose.

In a dominant market segment, the Forester doesn’t stand out for its underwhelming design and lack of ‘flair’. Whether it’s warranted or not, lesser vehicles stand out by either the badge on the nose, or the look-at-me design – the Forester though – it just goes about its business very well.

What you must also consider is the Forester’s durability and reliability. It is reputably built and there must be a reason why current owners don’t want to trade their cars in when they still go like they did when they were purchased.

The 2.5-litre Forester Sport then, adds some practical and aesthetic nuance to a more powerful Forester. If you’re a family person, a practical person, a rational person – it’s a no brainer. Nothing in segment does it better.

Where it falls short is in its emotional delivery – it lacks the pizazz of many competitors and sadly, that’s what motivates the wallet of many.