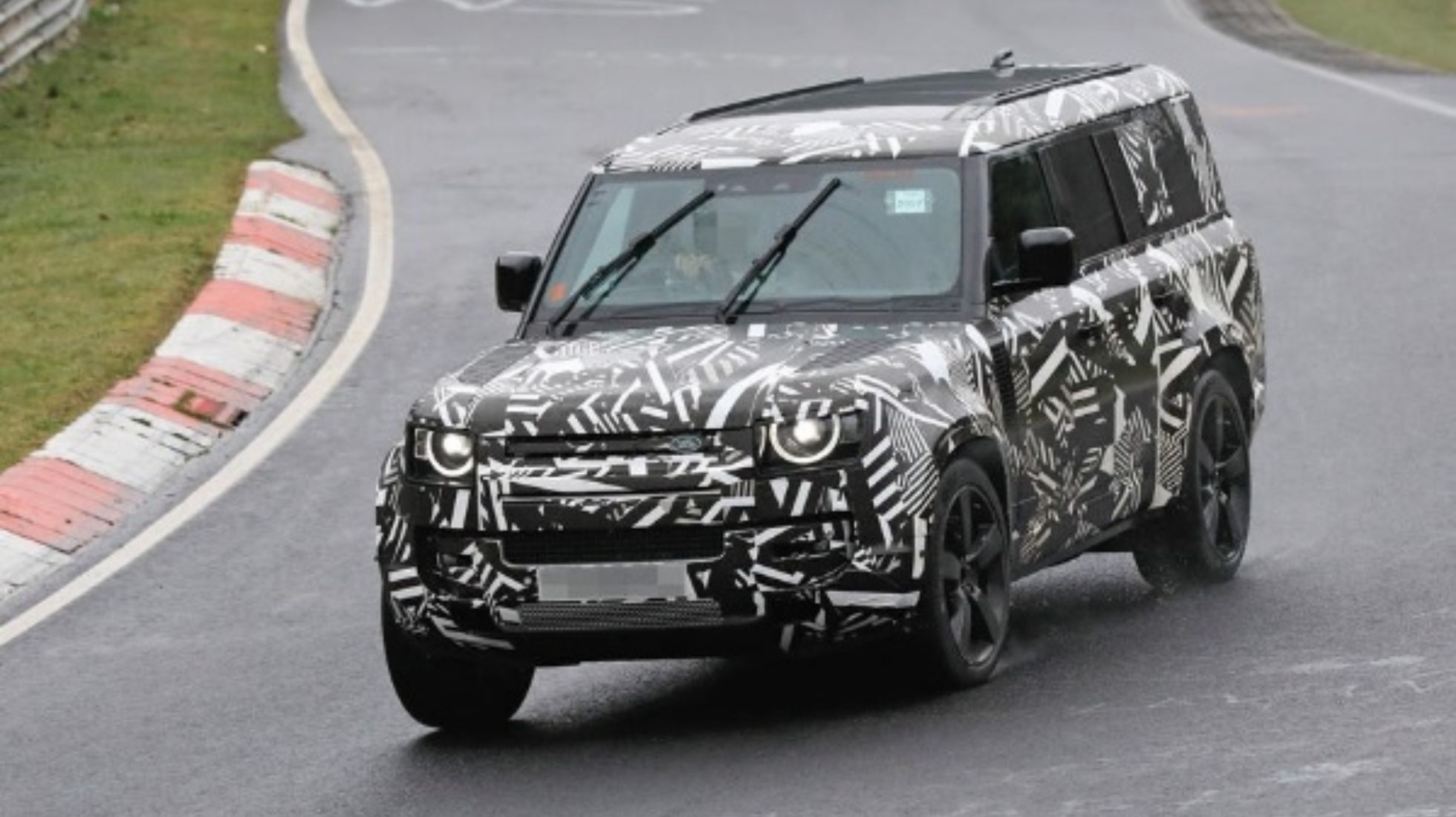 Could this be the rumoured Land Rover Defender 130 with eight seats?

Resurrecting a 5-decades-old nameplate on any car is brave and oftentimes controversial - not here though.

Resurrecting a 5-decades-old nameplate on any car is brave and oftentimes controversial – but Ford has done it and locally anyway, everyone has lapped it up.

This is the new Ford Mustang Mach 1, a limited-edition run cued up from the 1969 Mustang suffixed with the same name. Only 90 units will make their way to SA over the course of the next few months, all of which have been spoken for, including the two units that are doing the job of hustling myself and other journos around a weather-beaten Cape Town and surrounds.

Apparently, our turn in the Mach 1 has been blessed with blue skies and sunshine but it’s clear from the slippery road surface and occasional patches of gravel on the road that the weather has indeed been brutal prior to us arriving. We’ll take the drying roads of course, because this particular Mustang is more powerful than a standard 5.0 GT, sporting a 7 kW hike in power at 338 kW and still punching out 529 Nm of torque.

No it’s not much on paper nor will it knock a standard Mustang into touch either, but there’s a little more to the Mach 1 than 7 kW. We’ve seen this sort of hike before in a certain Mustang Bullit edition that was launched in 2019 with similar power figures. The Mach 1 then is hailed as a more track-focused sports ‘Stang and as such, it’s been tickled in all the right areas to improve the way it behaves around corners.

Borrowed from the GT350 and GT500 models offered elsewhere in the world, the Mach 1 features new subframes and structural components for enhanced rigidity added to tweaked magnetorheological suspension that Ford calls MagneRide 2. These are controlled via the selectable drive modes on offer and ensure that in Race or Track Mode, the Mustang Mach 1 performs with more precision than any of its siblings.  Fitted with Michelin Pilot Sport 4’s and with a wider rear track, the Mach 1’s tractability is also improved for a better balance and overall feel for the car.

I can attest to the fact that the Ford Mustang Mach 1 is indeed a more balanced and precise sportscar. The front end leans in with more directness and the rear is less skittish under hard corner exits, even in the most docile driving mode. Attacking the many mountain passes around the Cape was enough to unearth that this is indeed a more track-focused machine. When manufacturers claim that, there’s always the question of how much of a change is the original / standard car to the track version and in this case, I’d say it is enough of an improvement to notice.

The spirited drive was an exhilarant reminder of just what joy a muscle car really brings. That naturally aspirated V8 is intoxicating in the way it delivers the power and in the way it bellows through the process. It is here, where you realise the real power of not just the muscle car as a concept, but of the Ford Mustang muscle car. You can’t drive a Mustang with a grumpy disposition. It immerses you in the full-beans experience irrespective of anything else.

The 10-speed auto transmission has also been tweaked on the Mach 1. I think there are just too many gears as I’ve mentioned before here. Unless you’re fully committed to full throttle, the box isn’t entirely sure of itself and even in manual mode using the shift paddles, there are just too many cogs to navigate. Thankfully, Ford is bringing the Mach 1 with a manual TREMEC 6-speed manual transmission and I’d hazard that this would be far more enjoyable for the outright joyride.

A lot has changed under the skin of the Mach 1, but as I’m certain you’ve noticed, Ford has also worked on delivering a more eye-catching product. The real surface-level stuff such as the badging and sticker work are tasteful and striking and hark back to that 1969 torch-bearer with modern tact. South African Mustang Mach 1’s are only available in Jet Fighter Grey which is a fantastic hue next to the bright Oranges, Reds and Blues – but I think that Shadow Black would have been well received in SA too. My take.

Mach 1 is also distinguished by new 19-inch wheels, a new rear boot spoiler, tweaked rear diffuser, revised air intakes up front and a revised grille and bumper. Whilst the ducts on the grille are not scientifically beneficial in any way, the Mach 1’s reworked undertray, splitter and diffuser do contribute 22% more downforce.

Apart from the numbered plaque on the passenger’s side of the cabin, you won’t notice too much that is different on the inside of the Mustang.

Like the Bullit, Ford’s introduction of the Mustang Mach 1 in limited supply has been a smart move. Part of the reason Mustang does so well is because of its community of owners that need to have something to talk about further than just the product itself. Mach 1 is steeped in heritage and this new one will echo that for one thing, but also start another conversation that should etch the nameplate even deeper into the Mustang community.

At R1 203 800 for the 5.0 V8 10AT, Ford has done a stellar job on pricing. It’s no wonder the Mach 1 sold out so quickly. The people’s muscle car has been further improved for better driving enjoyment for sure – but nothing has been lost in the process so that’s good either way for the Bleu Oval brand.