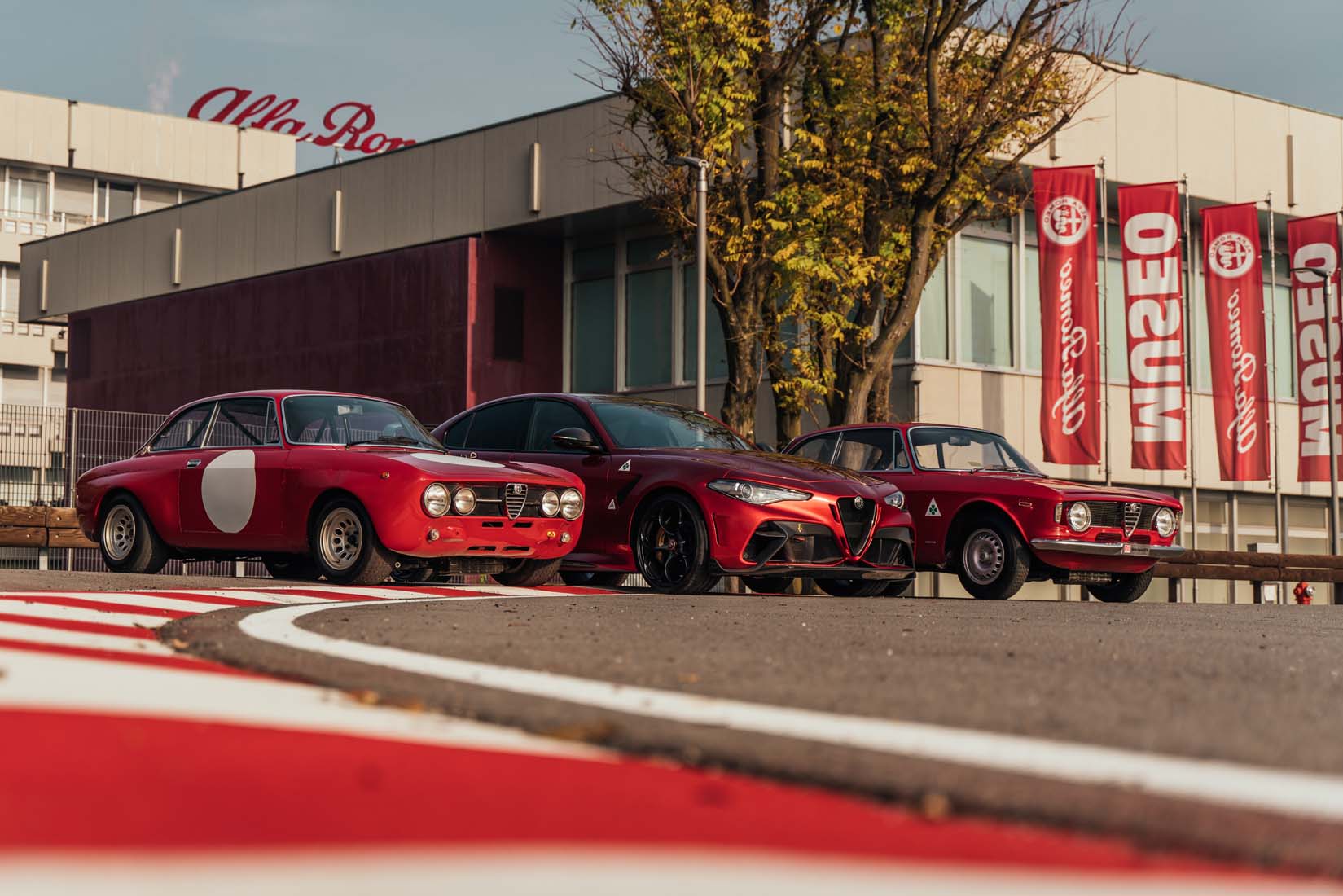 The Taycan is the epic realisation of what is possible for the future of the sportscar.

There isn’t a petrolhead among us that hasn’t had the electric car argument. Yay / Nay? When? What? Why? The Porsche Taycan has permeated those arguments from the time the production mules were revealed in the flesh for the very first time. When Porsche announces a new car, our ears perk up and we all listen. So when an opportunity arose to pilot the Taycan around Gauteng, the response was instantaneous.

For Porsche, the clean sheet project can’t have been easy. How do you create an electric car that pushes the boundaries of sportscar performance but at the same time, one that stretches the envelope of everything that makes electric power so daunting? For a start, Porsche had to design a car that would scythe through the air with more efficiency and flow than ever before. When it comes to anything electric, aerodynamics become that much more important in a bid to save more and more energy in the process of mobility.

The Taycan adopts a flat and wide profile. A recess in the low bonnet mirrors a similar recess on the roof, a typical design trait for sportscars. The bulging wings front and rear denote and enhance that sporty image and the side profile finishes at the rear to leave you in no doubt of two things. This is the future – and very much Porsche. This car is shorter than a Panamera but longer than a 911, and you’ll see lines from both of these in the Taycan.

The design is uncluttered, bereft of large air intakes, scoops and cooling slats everywhere. Those vertical slits below the flat four-point LED headlamps as well as active flaps direct air towards cooling systems, the brakes and air-conditioning systems.

At the rear, the Porsche lettering is finished in glass, a stunning touch that contrasts well with the Porsche rear light that extends the length of the rear panel, as it is on all new Porsches. Again, the rear is clean with a recessed spoiler that extends at speed.

The Taycan Turbo S is something of an epiphany. It’s a car without equal, at least here in South Africa that is the case. There isn’t much else out there that will rearrange your understanding of outright accelerative performance. I’ll try to explain this in numbers.

Start the clock for a drag race between a 2019 F1 car and the Porsche Taycan Turbo S. 2,5-seconds later, the Porsche will be 8-metres ahead of the race car. You may wonder, well what’s the point of that little stat? The point is this – off the line, the electric Taycan Turbo S is savage. Painful. Brutally fast. If you’re unfortunate enough to not have your head firmly against the headrest when it launches, you will probably experience some form of pain as you’re sucked back into your seat.

0 – 100km/h in 2.8-seconds. 200km/h in 9,8-seconds. Top Speed is somewhere on the other side of 270km/h. Let me remind you of something here. This car weighs 2,3-tons and accommodates four adults with their luggage. Overtaking is perhaps even more bewildering. The torque is instantaneous so brisk overtaking happens so quickly that your mind needs to recalculate what is considered normal. It’s eye-wateringly quick.

Thanks to two electric motors at either end of the Taycan Turbo S, the batteries deliver 460kW of power (560kW on overboost) and 1 050Nm of torque. I found myself asking the question over and over again during my drive – But how?

For a start, Porsche has used 2 electric motors for the car but also a 2-speed transmission on the rear motor. 1 speed is for all-out brute force acceleration off the line, and then the 2nd one is for higher speed cruising and efficiency, the Porsche even disengaging the rear motor when casual cruising is in order. The second thing is the use of a 93.4kW/h battery pack. By comparison an e-Golf uses a 36kW/h battery and a Taycan 4S uses a 79.2kW/h battery.

But straight-line speed and painful launches only tell half the story. The Taycan Turbo S is equipped with a bevy of dynamic technologies including Porsche Active Suspension Management, chassis control, rear axle steering and massive ceramic stoppers as an option. Add to this, a very low centre of gravity thanks to the floor-mounted battery packs and you’re in for another surprise.  The Taycan Turbo S navigates corners at speed with the directness and agility of much lighter and much more race-tuned cars. The steering is absolutely sharp, there’s no hint of body roll and when the brakes are called into action, it stops with urgency and confidence.

Ride quality? It’s superb. The 3-chamber air suspension even with 21-inch rubber and in Sport settings serves up impeccable comfort and roadholding. It’s a truly well sorted performance machine and GT, shifting the goalposts in combining these traits.

If you’re concerned about range, Porsche claims a range of between 360 – 412km. Like any other car, range is largely dependent on your driving style and this sort of range is one of the best there is within the crop of electric cars in SA today. You can live with 360km of range. On my last outing in a Porsche GT3RS, I had to brim the tank after about 340km, admittedly it was 340km of loud pedal. The difference here is that ‘brimming the tank’ takes on a different meaning and a different mindset I think. No you can’t go to the nearest fuel station and fill up in 5 minutes. But you can arrive home, plug it in and wake up to a full battery the next morning.

Using Direct Current (DC) charging, the Taycan Turbo S can charge its battery to 80% in around 23 minutes. On Alternating Current, more common in our homes, you could charge the car to 100% in 8/9 hours. Using the High Capacity Charging station, a 5-minute charge and dash would set you off with about 100km of range. Yes it is all a little more complex than the world of fuel stations. Longer distances would need very careful planning and forethought especially in Sunny SA with its uncertain electricity supply.

My time in the Porsche was a 265km burn along some of Gauteng’s countryside roads with at least 20 launch control starts for good measure. When I departed the Porsche dealership, the range gauge showed 320km and when I returned, there was still 60km of range so I can tell you, despite my slight anxiety that it is certainly usable and much higher if you drive sensibly. Good luck with that.

Unlock the Taycan and the door handles will pop out slightly as they generally sit flush with the body work for less air disruption. The frameless doors are the access points into the modern and tech-laden interior. The driver is presented with a 16.8-inch, curved and bezel-free instrument cluster. Digital. It’s complemented by a central stack double screen featuring a 10.9-inch infotainment screen on top and then a 8.4-inch touch screen just below. Digital. An unnecessary but nifty option on the Taycan is an integrated screen positioned right in front of the passenger that operates with all the same controls as the infotainment screen. Yes, Digital. That’s the overall experience of the Taycan cabin, an all-digital environment with rafts of onboard information in menus and sub-menus. But it all feels very much Porsche in here and once you’re set up with your own configurable layout, you’ll be good to go.

This electric car is built in a carbon-neutral factory and can be specified with a number of more sustainable elements. If you’re into leather, the Taycan can be optioned with olive leaf tanned leather material. If you’re not into leather, Porsche offers a leather-free interior upholstered in a microfibre material that is said to produce 80% less CO2 than traditional materials.

The rear luggage compartment will store 366-litres of luggage and the frunk will store another 81-litres. So while it is 60-litres shy of its larger sibling Panamera, it’s certainly something that can wear the ‘practical’ badge without any issues.

The Taycan Turbo S is a marvel of design, engineering and a shining example of the future of sportscar motoring. If ever there was a company that could and would do it, it’s Porsche. It is undoubtedly the most impressive and memorable car I’ve ever driven, a car I will not soon forget because it left me physically breathless, mentally wordless (until now) and emotionally committed.

The Porsche Taycan Turbo S is available to order from Porsche Centres right now. At R4 027 000, it’s not cheap and is in fact the most costly Porsche in the range. Slightly more affordable Taycan Turbo and Taycan 4S models are also available with pricing at R3 376 000 and 2 537 000 respectively. Is it worth it? You can bet your R4M it is.